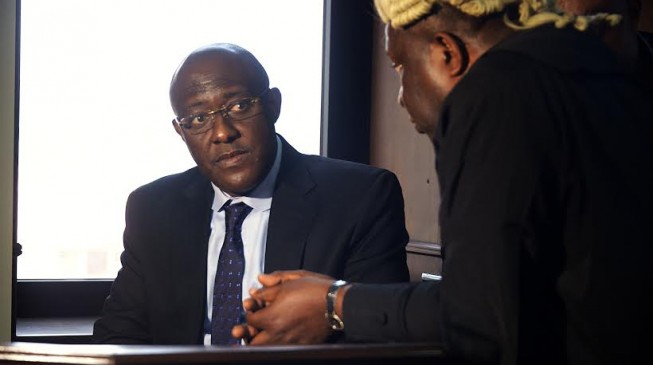 13:40 2016
Print This Article Share it With Friends
👤by Fredrick Nwabufo  0 Comments
Advertisement

‎The appeal court has dismissed an application by Olisa Metuh, former spokesman of the Peoples Democratic Party (PDP), seeking to quash the charges of corruption against him at a lower court.

Metuh had filed a no-case submission before Okon Abang of the federal high court, Abuja. But his application was dismissed.

Not satisfied with ruling of the lower court, he approached the appeal court urging it to discharge and acquit him of the charges of corruption brought against him by the Economic and Financial Crimes Commission (EFCC).

Metuh’s argument was that he had no case to answer since he was given the “disputed” N400m by former President Goodluck Jonathan to carry out‎ media campaigns.

But a three-man panel of the appeal court led by Abdul Aboki on Wednesday held that he had a case to answer.

‎”There is no merit in the appeal and it is hereby dismissed,” the court held.‎

“Having gone through the merit of the case, which includes the charge sheet, the court remains convinced that a prima facie has been already established.

“It is therefore our view that the applicant has some questions to answer given the nature of the offence. The court is much concerned with the action of the applicant when the sum of N400 million was transferred to his Diamond Plc., account.”
Aboki said without attempting to go into the merit of the case, the trial court did raise some rhetorical questions around the transaction.

“What did the applicant do when he first noticed that his account was credited with such huge sum of money?” he asked.
“Whether Metuh alerted the bank manager or even reported the transaction to the police. Whether the applicant was aware of the source of the money to have come from the office of the national security adviser, retired Col. Sambo Dasuki.”
The judge, however, said the above questions and many more others raised in the charge required answers to be provided to them by the applicant.

Aboki also threw out similar appeal filed by Destra Investment Limited against the decision of the trial court.
Metuh and his company are being tried on a seven-count charge.

At the completion of the prosecution’s case in April, rather than open their case, the defence entered a no case submission.

While the prosecuting counsel, Sylvanu Tahir, contended that a prima facie case had been established, the defence counsel, Onyechi Ikpeazu (SAN) and Tochukwu Onwugbufor (SAN), objected. They challenged the lower court’s reasoning in rejecting the application.

TWITTER @thecableng
Copyright 2020 TheCable. All rights reserved. This material, and other digital content on this website, may not be reproduced, published, broadcast, rewritten or redistributed in whole or in part without prior express written permission from TheCable.
Tags
EFCCOkon AbangOlisa MetuhPDP
Advertisement