Sanwo-Olu drops ‘Your Excellency’ title, says only God is excellent 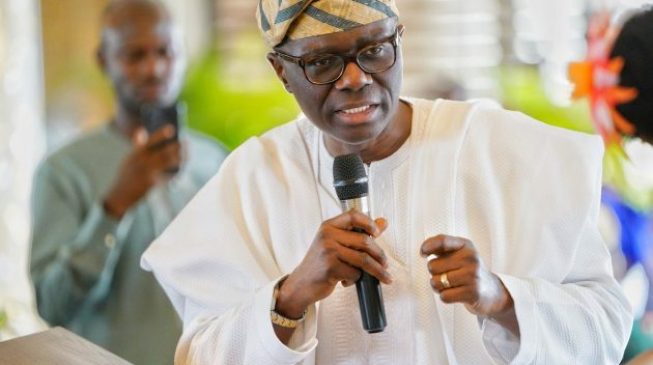 17:08 2019
Print This Article Share it With Friends
👤by TheCable  0 Comments
Advertisement

Babajide Sanwo-Olu, Lagos state governor, has announced his decision to drop the title of ‘Your Excellency’.

The governor conveyed his decision in a statement he signed and issued on Wednesday.

He said he came to the conclusion that to change the narrative of governance, ”executive arrogance” has to be struck down.

”In the last five months that I have been privileged to exercise the mandate freely given to me by the great and hardworking people of Lagos State, it has come to my consciousness to review certain features of citizen-government relations which impede the genuine expression of the democratic spirit of our society and the meaningful exercise of the sovereignty of our people,” he said.

”The office of the Governor has been celebrated as the paragon of excellence, a temple of perfection and a throne of purity. This demi-god mystique spreads over the entire machinery of the executive arm of the government, symbolising an authoritarian disposition on the governed. It has deformed the orientation of elected and appointed persons who are paid from the taxes of the people to see themselves as oppressors who can do no wrong and must be served, rather than serve the people.

”Whatever might have been the reason for this myth, let us be honest, the office is occupied by a mortal who has been called upon to serve the electorate with humility – and sincerity. The office of Governor is a public trust that calls for sacrifice, modesty and willingness to add value to the lives of the people.

”Fellow Lagosians, I have come to the conclusion that for us to change the narrative of governance, we have to strike down this seeming symbol of executive arrogance that commands popular obeisance and undermines the democratic role of citizens as the masters of those they have elected and appointed to serve. It is a conviction that I believe will send the right signals to all politicians and civil servants that service to the people has brought us here. It is the duty we are obliged to do. It is the responsibility that we bear wherever we find ourselves; whenever we are called to serve.”

Sanwo-Olu said only God, ”the Almighty, the Creator, the Protector” is the most excellent, and that no man can share His eternal qualities.

”Thenceforth, I wish to be addressed simply as Mr. Governor, a title that will constantly remind me that I have been chosen out of so many fellow compatriots to lead a collective salvage of our political economy. A salutation that sanitises the paraphernalia of office and reminds us all of our imperfections and mortality. To give official effect to this announcement, I shall issue tomorrow an executive order that will formally ensure full compliance with this new policy,” he said.

At a church service last Sunday, the governor said he would issue an executive order against the title, ‘Your Excellency’. He said only public officers who have performed well on their job deserve to be addressed by the title.

TWITTER @thecableng
Copyright 2020 TheCable. All rights reserved. This material, and other digital content on this website, may not be reproduced, published, broadcast, rewritten or redistributed in whole or in part without prior express written permission from TheCable.
Tags
Babajide Sanwo-Olulagos
Advertisement