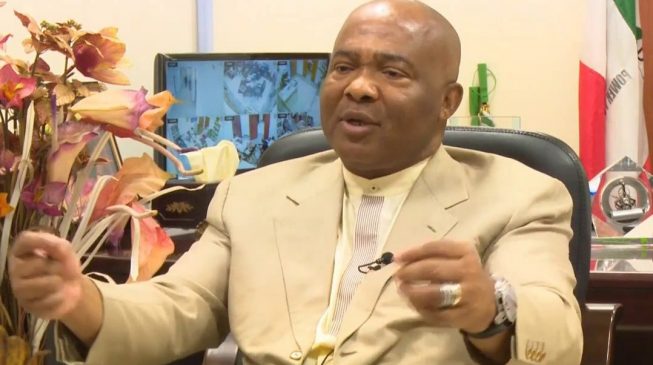 18:06 2020
Print This Article Share it With Friends
👤by Bolanle Olabimtan  1 Comment
Advertisement

The supreme court has sacked Emeka Ihedioha as governor of Imo state, affirming Hope Uzodinma as winner of the March 9 election.

The Independent National Electoral Commission (INEC) had declared Ihedioha winner of the election but Uzodinma, who came fourth, challenged the outcome of the election in court.

In a unanimous decision on Tuesday, a seven-man panel held that Ihedioha did not win majority of votes cast in the election.

Kudirat Kekere-Ekun, the judge who read the judgement, ordered INEC to withdraw the certificate of return issued to Ihedioha and give a fresh one to his APC rival.

“The votes due to the appellant, Hope Uzodinma and the All Progressives Congress (APC) from 388 polling units were wrongly excluded from scores ascribed to them,” she held.

“It is hereby ordered that Emeka Ihedioha, was not duly elected by majority of lawful votes cast at the said election. His return as the elected governor of Imo state is hereby declared null and void and accordingly set aside.

“It is hereby declared that the first appellant (Uzodinma) holds the majority of lawful votes cast at the governorship election held in Imo State on March 9, 2019, and has satisfied the mandatory constitutional requirement.

“It is hereby declared that first appellant, senator Hope Uzodinma is the winner of the governorship of Imo State held on March 9, 2019.

TWITTER @thecableng
Copyright 2020 TheCable. All rights reserved. This material, and other digital content on this website, may not be reproduced, published, broadcast, rewritten or redistributed in whole or in part without prior express written permission from TheCable.
Tags
APCemeka ihediohaINEC
Advertisement