US seizes jet of Nigerian ‘involved in multi-million dollar fraud’ 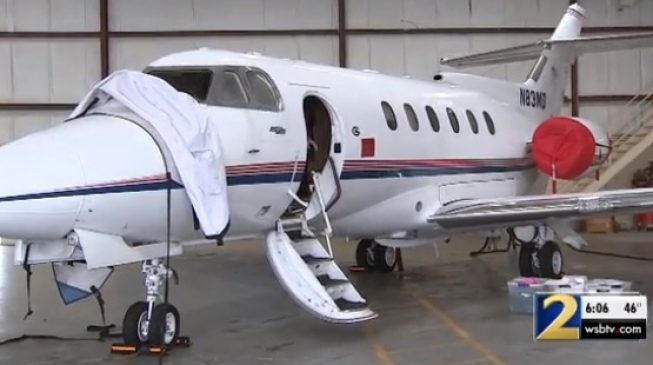 16:48 2019
Print This Article Share it With Friends
👤by Taiwo Adebulu  0 Comments
Advertisement

The US federal authorities have seized an aircraft belonging to a Nigerian facing multi-million dollar fraud charges in the country.

According to WSB-TV, the seizure was made on Tuesday at the Peachtree DeKalb Airport in Georgia.

Federal agents were said to have ransacked the aircraft for evidence, while another team searched for drugs and other contraband.

However, the authorities did not mention the name of the Nigerian whose aircraft was seized.

“For the most part, people don’t even understand. They don’t know what’s happening in Atlanta, Georgia,” one of the special agents said.

“This is all day, every day. I mean, this is the fruits of our labor, and this is the successes of a great team effort by our state, local and federal partners coming together to hit the bad guys where it hurts, in their pocket.

“When we see a certain type of aircraft get sold, it raises our suspicions.”

In November, US authorities indicted Allen Onyema, chief executive officer of Air Peace, for allegedly moving more than $20 million from Nigeria through US bank accounts in a scheme involving false documents based on the purchase of aircraft.

Onyema was said to have started travelling frequently to Atlanta, where he opened several personal and business bank accounts. Between 2010 and 2018, over $44.9 million was allegedly transferred into his Atlanta-based accounts from foreign sources.

Onyema was indicted alongside Ejiroghene Eghagha, the airline’s chief of administration and finance, who is said to have committed aggravated identity theft in connection with the scheme.

A US district court of the northern district of Georgia was also reported to have issued a warrant to arrest Onyema and authorised US marshals service to bring him into custody.

The billionaire businessman has denied any wrongdoing, expressing the willingness to clear his name.

TWITTER @thecableng
Copyright 2019 TheCable. All rights reserved. This material, and other digital content on this website, may not be reproduced, published, broadcast, rewritten or redistributed in whole or in part without prior express written permission from TheCable.
Tags
aircraftAllen Onyemafraudus
Advertisement

ASUU to sanction members who enrolled in IPPIS