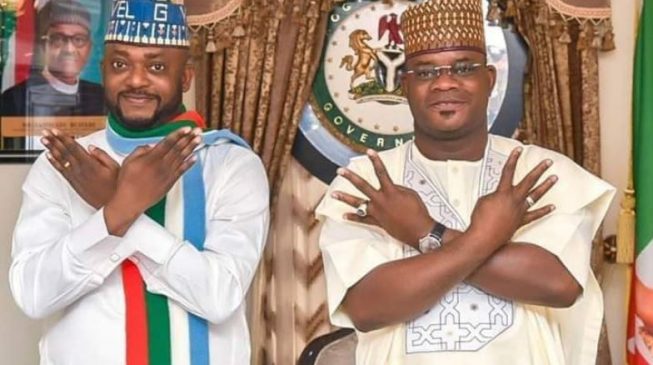 12:13 2019
Print This Article Share it With Friends
👤by TheCable  0 Comments
Advertisement

Yahaya Bello, candidate of the All Progressives Congress (APC), has been reelected as the governor of Kogi state.

The governor won in 12 local government areas out of the 21 in the state.

He was subsequently declared winner of the election by the Independent National Electoral Commission (INEC).

The conduct of the election, which was held on Saturday, has been criticised by some civil society organisations which monitored the exercise.

YIAGA AFRICA, a civil society organisation (NGO), said political parties and security agencies compromised the credibility of the governorship and senatorial elections in the state.

It also asked INEC to conduct a new election, saying Saturday’s did not reflect the votes of the people, irrespective of the results.

TWITTER @thecableng
Copyright 2020 TheCable. All rights reserved. This material, and other digital content on this website, may not be reproduced, published, broadcast, rewritten or redistributed in whole or in part without prior express written permission from TheCable.
Tags
APCKogiPDPYahaya Bello
Advertisement