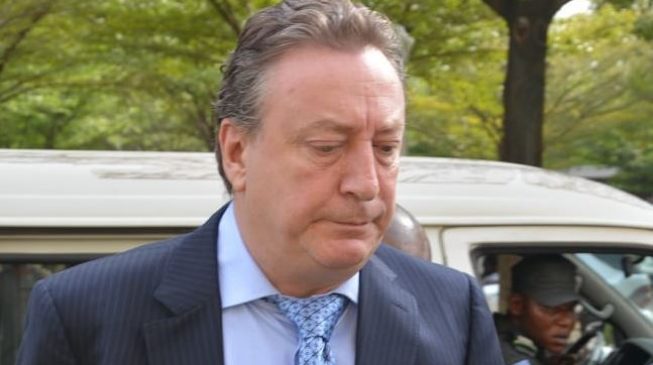 12:43 2019
Print This Article Share it With Friends
👤by Bolanle Olabimtan  0 Comments
Advertisement

James Nolan, a British national, on Wednesday, applied for a variation of his bail at the federal high court in Abuja.

Nolan alongside Adam Quinn, another British national who is at large, were arraigned by the Economic and Financial Crimes Commission (EFCC) on October 21, over their alleged complicity in a contract fraud involving Process and Industrial Development Limited (P&ID).

P&ID, an Irish engineering company, had secured a judgement award of $9.6 billion against Nigeria following the non-execution of a 20-year gas and supply processing agreement (GSPA) the company allegedly signed with the federal government.

The defendants, both directors of Goidel Resources Limited, a designated non-financial institution (DNFI) and ICIL Limited, were arraigned on a 16-count charge bordering on money laundering.

Nolan was admitted to bail in the sum of N500m on November 7.

Some of the conditions of his bail as imposed by Okon Abang, the judge, are that he must “produce a surety in like sum, who must be a Nigerian and a serving senator not standing any criminal trial in any court in Nigeria, the senator must have a landed property fully developed in Maitama area of Abuja and fully certified by the FCDA, the surety must submit two passport photographs”.

He added that the surety must submit a three-year tax clearance certificate and sign an undertaking to always be present in court with the defendant throughout the duration of the trial.

When the trial resumed on Wednesday, Paul Erokoro, counsel to the defendant, brought an application asking the court to vary the bail conditions.

He also told the court that he was not prepared to commence trial owing to his lack of access to his client.

The court later adjourned the matter.

TWITTER @thecableng
Copyright 2020 TheCable. All rights reserved. This material, and other digital content on this website, may not be reproduced, published, broadcast, rewritten or redistributed in whole or in part without prior express written permission from TheCable.
Tags
P&ID
Advertisement