Don’t stay until you are asked to go, says Abdullahi as he steps down as Customs CG 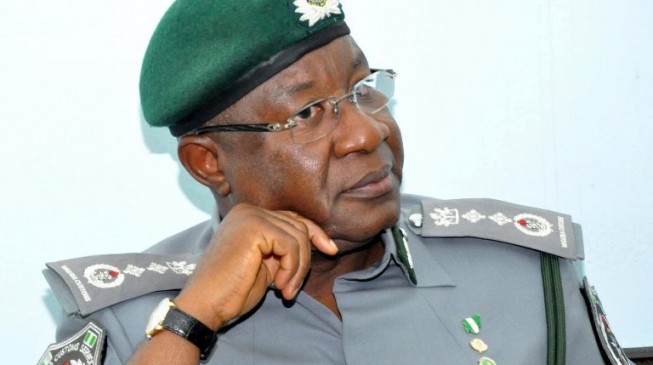 17:41 2015
Print This Article Share it With Friends
👤by TheCable  0 Comments
Advertisement

Dikko Abdullahi, outgoing comptroller-general of the Nigeria Customs Service (NCS), has advised those occupying top positions to bow out when the ovation is loudest.

Addressing reporters after meeting with President Muhammadu Buhari in Abuja on Monday, Abdullahi, who tendered his resignation exactly two weeks ago, said he is leaving with his head high.

“The time I’m leaving is the time I feel those young ones that have developed the software can come up and manage the software,” he said.

“So, I’m sending out this signal to all those who have stayed put. Don’t stay until they ask you to go. When you feel you have done so much and you believe in the system you have built, then why do you stay? Why not leave and watch and advise?”

He also said that the NCS recorded major transformation under his watch, adding that he had succeeded in laundering the image of the organisation.

Abdullahi said customs, which was generating a monthly revenue of N29 billion when he came on board, now realises between N90 billion and N100 billion on a monthly basis.

He said he would like to be remembered as the “father of modern Nigeria Customs Service”.

In his resignation letter, Abdullahi said he had spent six years in service and would like to give way for others.

Abdullahi sent the resignation on August 3 but Buhari did not respond until August 14.

With the acceptance of the resignation, the outgoing custom boss would be proceeding on leave on August 18.

Late President Umaru Musa Yar’Adua appointed Abdullahi, who also hails from Yar’Adua’s home state of Katsina, in 2009, and he retained the position through-out the tenure of former president, Goodluck Jonathan.

His replacement has not been named.

TWITTER @thecableng
Copyright 2020 TheCable. All rights reserved. This material, and other digital content on this website, may not be reproduced, published, broadcast, rewritten or redistributed in whole or in part without prior express written permission from TheCable.
Tags
Abdullahi DikkoGoodluck JonathanMuhammadu BuhariUmaru Yar'Adua
Advertisement