Buhari: I’ll carry everyone along on my last lap as president 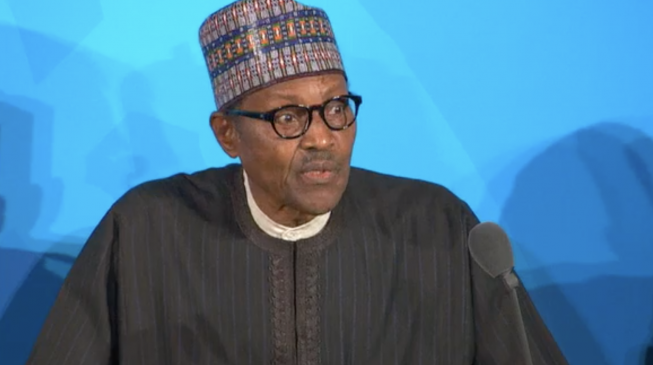 17:22 2019
Print This Article Share it With Friends
👤by Dyepkazah Shibayan  0 Comments
Advertisement

President Muhammadu Buhari says he will carry everyone along in his last lap as head of the country.

The president said this on Wednesday when he received former ministers that served under him as military head of state.

At the meeting, he recalled “how we got things done then” at the time.

“[I will] carry everyone along on my last lap as a democratically elected leader,” Femi Adesina, presidential spokesman, quoted him as saying.

On his part, Ibrahim Gambari, leader of the delegation and a former minister of external affairs, said they were at the Aso Rock villa to congratulate the president on the achievements his administration has recorded in security, foreign affairs, anti-corruption among others.

Gambari described Buhari leadership as a military ruler as “firm.”

“We were appointed 35 years and nine months ago. Eighteen of us were sworn in,” the former minister said.

“Your leadership was firm, but you also gave us free hand to operate. You knew what each person was doing. We will never forget the opportunity you gave us. We remain patriots.”

He commended the president on constituting the Economic Advisory Council (EAC), adding that the same should be done for security and foreign affairs.

A minute silence was observed in honour of those who have passed on among the former ministers.

TWITTER @thecableng
Copyright 2020 TheCable. All rights reserved. This material, and other digital content on this website, may not be reproduced, published, broadcast, rewritten or redistributed in whole or in part without prior express written permission from TheCable.
Tags
Former ministersMuhammadu Buhari
Advertisement