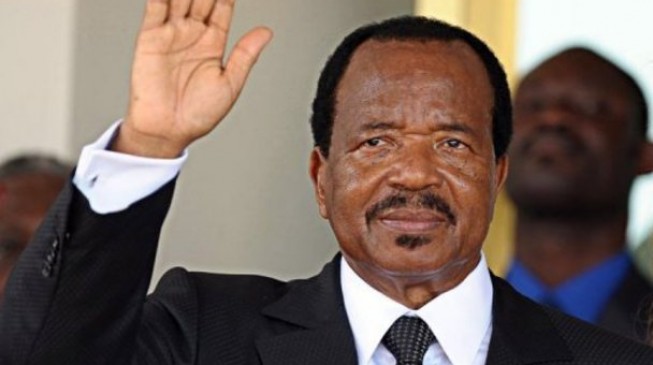 21:42 2014
Print This Article Share it With Friends
👤by Taiwo George  0 Comments
Advertisement

Paul Biya, president of Cameroon, has vowed that his government would wipe out Boko Haram.

Cameroon, which shares land borders with Nigeria in the northeastern part of the country where the sect predominantly operates, has also been affected by the violence.

On Friday, Boko Haram released 27 hostages that were abducted from Cameroon between May and July.

Ten foreigners and 17 Cameroonians, including the wife of Amadou Ali, the country’s deputy prime minister, were among the abductees.

However, speaking in Yaoundé, capital of Cameroon on Monday, Biya said that his country would wage a relentless battle against the insurgents.

“The Cameroonian government assures you that it will ceaselessly continue to fight Boko Haram until it’s totally wiped out,” he said.

In a bid to put an end to the menace of Boko Haram, neighboring African countries have adopted collaborative efforts, including setting up a force of 700 soldiers to fight the sect.

Presently, top government officials from Cameroon, Niger, Benin Republic and Chad are in Nigeria for a security summit aimed at effectively tackling the excesses of the group.

TWITTER @thecableng
Copyright 2020 TheCable. All rights reserved. This material, and other digital content on this website, may not be reproduced, published, broadcast, rewritten or redistributed in whole or in part without prior express written permission from TheCable.
Tags
Amadou Aliboko haramCameroonPaul Biya
Advertisement