CAN to Osinbajo: Omission of CRK from school curriculum can set the nation on fire 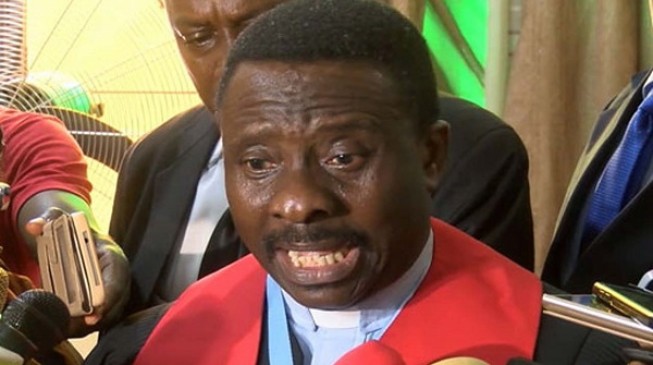 10:51 2017
Print This Article Share it With Friends
👤by Dyepkazah Shibayan  7 Comments
Advertisement

The Christian Association of Nigeria (CAN) has urged Acting President Yemi Osinbajo to do something about the exclusion of Christian Religious Knowledge (CRK) from secondary schools curriculum.

Samson Ayokunle, president of CAN, made the demand during in a meeting with Osinbajo on Wednesday.

Ayokunle described the new curriculum as “divisive and ungodly”.

He explained that although the Islamic Religious Knowledge (IRK) was initially affected, it was later reintroduced in the curriculum.

The CAN president stressed that If the curriculum is implemented, “it would lead us to a godless nation with violence and all forms of ungodliness as the order of the day”.

“In this curriculum, Islamic and Christian Religious Studies will no longer be studied in schools as subjects on their own but as themes in a civic education. This undermines the sound mitral values that these two subjects had imparted in the past to our children which had made us to religiously and ethnically co-exist without any tension,” he said.

“It was some three or two decades ago when our education planners started removing the teaching of religious values through the cancellation of morning devotion in schools that all these violence by youths in different forms came on board. I was in a meeting yesterday with some Muslim leaders where one of them also expressed his fears about the dangers in this new curriculum.

“Furthermore, this curriculum went ahead to introduce Islamic Arabic Studies in another section together with French and made one of the two compulsory for the student. You are aware that we have very low percentage of French teachers in all our secondary schools in Nigeria. I am sure that over 80 percent of our secondary schools do not have French teachers at all but have Arabic teachers.

“The implication is that Christian students would have no choice than to study Arabic. If a Christian student voluntarily goes to study Islamic religious studies, there is nothing bad in that because some of us in both religions had done that before for better understanding, however, where the student is tactically forced into studying it because the alternative subject does not have teacher to teach it, it is a great problem tending to Islamisation.

“Is this fair to millions of Christians in this nation? A Christian student in a secondary school in Kwara state had the body lacerated with cane by the Arabic teacher because the pupil refused to do Arabic studies when French teacher was not available and Christian religious knowledge, Hebrew or Greek were not part of the options at all.”

CAN also demanded the arrest and prosecution of “murderous herdsmen” and the prosecution of those who called for the expulsion of Igbo from the north.

TWITTER @thecableng
Copyright 2020 TheCable. All rights reserved. This material, and other digital content on this website, may not be reproduced, published, broadcast, rewritten or redistributed in whole or in part without prior express written permission from TheCable.
Tags
CANCRKIRKYemi Osinbajo.
Advertisement