Can RemTrack bring transparency in Nigeria’s oil and gas sector? 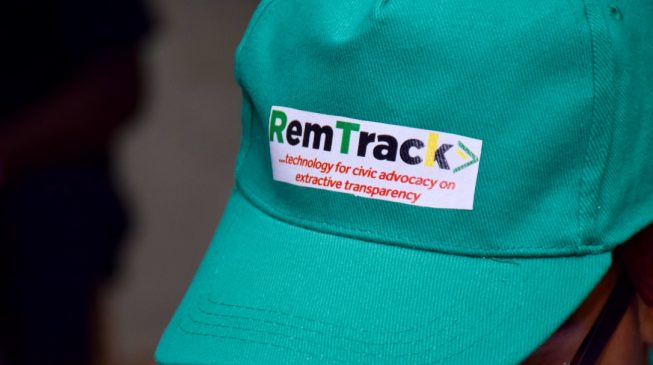 23:01 2019
Print This Article Share it With Friends
👤by Contributor  0 Comments
Advertisement

There’s just so much about Nigeria that is still a mystery to the average person. If you were to place those issues on a scale, the Nigerian oil and gas sector would sit at the top of that table. And it doesn’t take much to realise this. Ask the average Nigerian, how much does Nigeria make from oil?

He is most likely to cast a quizzical glare at you, roll his eyes in bewilderment and offer a caustic response that leaves you feeling like a jokester. And truly, you are!

For many years, Nigeria’s oil and gas sector has not only been cloaked in sheer secrecy and ambiguity, its revenue inflows have been far more puzzling than watching a cricket game for the first time. You only see men in white pads and batting gloves bowling and darting; rarely can you tell what truly transpires. The more you look, as they say, the less you see.

This opacity not only beclouds the daily production outputs and export revenues, it is the chief enabler of a massive oil theft, estimated at 250,000 barrels per day. In 2015, two months after assumption of office, President Muhammadu Buhari vowed to bring the culprits to book.

“The amount involved is mind-boggling. Some former ministers were selling about one million barrels per day. I assure you that we will trace and repatriate such money and use the documents to prosecute them,” President Buhari said in July while reacting to questions from members of Nigerians In Diaspora Organization (NIDO) in the United States and Canada at the Nigerian Embassy in Washington DC.

But, more than four years after that pledge, it remains to be seen how these efforts have contributed to transparency in the sector. In its 2017 Resources Governance Index, the Natural Resource Governance Institute ranked Nigeria 55th out of 89 assessments of countries surveyed. According to the survey, Nigeria grapples with critical governance challenges across its extractive decision chain, especially in licensing and sale of the nation’s crude by the Nigerian National Petroleum Corporation (NNPC).

As if to add lid to a boiling cauldron, the oil and gas industry has also been fraught with a coterie of high-profile scandals and corruption cases. Consequently, this has largely amplified the loss of public confidence in the management of the sector, despite its status as the Nigeria’s goose that lays the golden egg.

However, all hope is not lost. A body of civil society organisation has taken a major step to promote a culture of accountability and transparency in the extractives sector of the nation’s economy. Leveraging technology as a tool of engagement, OrderPaper Advocacy Initiative has joined forces with the Civil Society Steering Committee of the Nigerian Extractives Industries Transparency Initiative (NEITI) to launch RemTrack app as part of measures to bring transparency and civic engagement to the sector.

The group said in a statement in November that the app, which is the first innovation of its kind across the globe, would help deepen a culture of accountability and transparency in the sector. And for the most part, the app does not only demystify the cloud of confusion hanging over the nation’s extractive value chain, it promotes evidence-based advocacy that integrates real-time stakeholders engagement.

“The unveiling of the RemTrack app broadens the opportunities of the civil society and the citizens to track key findings and recommended in NEITI reports, the process of implementation and how the impact feeds into the on-going overall reform agenda of the extractive industries. This is a major civil society contribution to deepen NEITI process in Nigeria,” the statement added.

Speaking at the public presentation of the app recently, the Executive Secretary of NEITI, Waziri Adio, said the application put power in the hands of stakeholders and promote access to credible information in the extractive industry.

“It is a win-win for everybody. What you are going to be getting on this app is verified and validated information.”

To allay fears of possible witch-hunt, the Executive Director of OrderPaper Advocacy Initiative, Mr Oke Epia, said the app was built to grow the sector, and not as a tool to embarrass anybody.

“We have not designed it as a tool to deride or witch-hunt anybody or stakeholder. Rather, we are putting in the hands of citizens, a simplified dataset of knowledge and germane information on the state of Nigeria’s extractive industry as contained in the annual audits of NEITI,” Oke said.

“There is a strong positive correlation between accountable and transparent political and economic institutions and the sustainability of the development outcomes,” said Dr. Idah Pswarayi-Riddihough, World Bank Country Director for Sri Lanka and the Maldives at the launch of the Handbook on Good Governance for Chairmen and Boards of Directors of Public Enterprises in April 2018.

With the RemTrack now available on mobile to every Nigerian, transparency will soon become the buzzword in the Nigeria’s oil and gas space. The ride promises to be bumpy, but with all hands on deck, progress is most assured.

Gilbert writes from Lagos. He can be reached on Twitter via @Lasagasy

TWITTER @thecableng
Copyright 2019 TheCable. All rights reserved. This material, and other digital content on this website, may not be reproduced, published, broadcast, rewritten or redistributed in whole or in part without prior express written permission from TheCable.
Tags
Nigeria’s oil and gas sectorRemTrack
Advertisement

‘They tried to tarnish my image because of hate, envy’ — Mompha accuses EFCC of frame-up