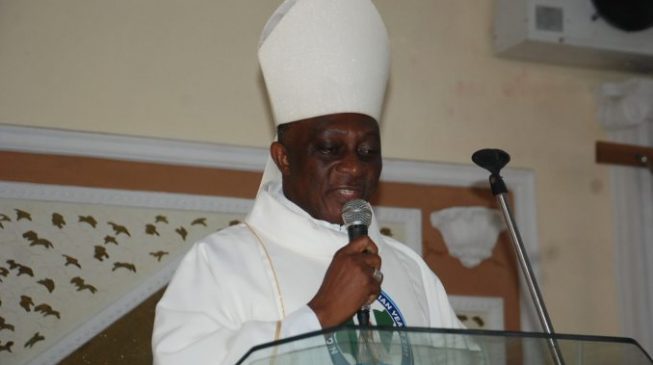 11:20 2018
Print This Article Share it With Friends
👤by News Agency  0 Comments
Advertisement

About 49 days after they were kidnapped in Edo state, three reverend sisters are still held by their abductors, causing a concern in Catholic Church.

Their continued stay with the kidnappers is dangerous for the sister, being women, Alfred Martins, the archbishop of Lagos, has warned.

He appealed to the enforcement agencies to intensify efforts to rescue reverend sisters abducted since November 14, 2017.

At a news conference in Lagos, Martins said it was dangerous for the sisters, being women, to still be in the hands of their captors.

The sisters were kidnapped by gunmen from the Eucharistic Heart of Jesus Convent in Iguoriakhi in Edo.

The archbishop condemned the increasing spate of kidnapping in the country.

“It has been a big source of worry and concern knowing that they are women,” Martins said.

He said the Benin archdiocese had been making efforts in collaboration with the security agencies in the state and the country as well as the state government to secure their release.

“It is really disheartening that in spite of all these efforts, the sisters are still there in bondage,” he said.

“It is disheartening that the security agencies have not been able to get the sisters out and one wonders why this is the case.

“We still do hope that the security agencies would do much more than is being done now to ensure that the sisters are released.”

TWITTER @thecableng
Copyright 2020 TheCable. All rights reserved. This material, and other digital content on this website, may not be reproduced, published, broadcast, rewritten or redistributed in whole or in part without prior express written permission from TheCable.
Tags
Alfred MartinsCatholicEdo
Advertisement