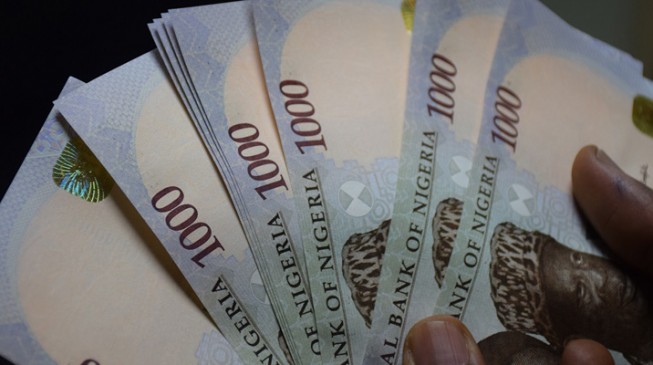 08:00 2017
Print This Article Share it With Friends
👤by Oluseyi Awojulugbe  0 Comments
Advertisement

In continued efforts to sustain forex liquidity in the country, the Central Bank of Nigeria (CBN) has intervened in the inter-bank foreign exchange market with $195 million.

Data released by the bank shows that the apex bank offered $100 million to the wholesale segment while the small and medium enterprises (SMEs) segment received the sum of $50 million.

Isaac Okorafor, acting director, corporate communications department at the bank, who confirmed the figures, said the CBN was pleased with the state of the forex market, adding that the bank will continue to intervene in order to sustain the liquidity in the market and guarantee the international value of the naira.

Okorafor reiterated the bank’s determination to sustain the provision of foreign exchange with a view to ensuring liquidity in the market and enhance accessibility and affordability for genuine end users.

According to him, the bank remained determined to achieve its objective of rates convergence, hence the unrelenting injection of intervention funds into the foreign exchange market.

CBN had last week intervened in the various segments of the forex market with the sum of $698.5 million.

Meanwhile, the naira continued to maintain its stability in the forex market, exchanging at an average of N364/$1 in the BDC segment of the market on Tuesday, October 3.

TWITTER @thecableng
Copyright 2020 TheCable. All rights reserved. This material, and other digital content on this website, may not be reproduced, published, broadcast, rewritten or redistributed in whole or in part without prior express written permission from TheCable.
Tags
central bank of nigeriaforex
Advertisement