CDD: Threats of violence kept some voters away 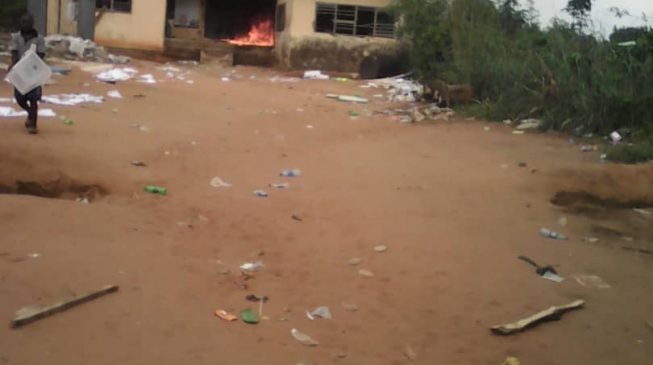 01:20 2019
Print This Article Share it With Friends
👤by Jamilah Nasir  0 Comments
Advertisement

The Centre for Democracy and Development’s (CDD) election analysis centre (EAC) has raised concerns over the conduct of the governorship and state house of assembly polls.

In a statement on Sunday, it listed violence, faulty card readers, arson, vote buying as some of the abnormalities that plagued the polls.

Voter apathy, electoral irregularities, payment and training of ad hoc staff and collation challenges are also among the hitches listed by the centre.

CDD EAC, however, said there were some improvements on INEC’s handling of logistic.

The electoral body had postponed the presidential and national assembly polls by a week over logistic issues.

“Generally, there appears to be some improvement in the Independent National Electoral Commission’s (INEC) handling of logistics, with our observers reporting early arrival of election materials and personnel in most locations. This is in sharp contrast with the Presidential and National Assembly polls in which late opening of polls was widespread,” the statement read.

“However, there were significant challenges which affected the smooth conduct of the polls yesterday. The Smart Card Readers (SCRs), which authenticate the Permanent Voters Card, accredit voters and matches voter biometrics to the INEC database, was dogged by glitches, mainly when it came to reading and matching the fingerprints of voters.

“We are monitoring INEC’ compliance with her guidelines on cancellation of results where the SCR were not used.”

On voter apathy, the EAC said threats of violence caused people to shun exercising their franchise.

Commenting on the violence recorded across various states, the centre said not less than 30 people lost their lives.

“The elections of 9th March were characterised by low voter turnout in many parts of the country. Some of those interviewed by our observers expressed interest only in the outcome of the Presidential elections, while some expressed doubt as to whether their votes will count. The threat of violence also kept away some voters from the polls,” it said.

“The CDD EAC finds worrying the quantum of violence that characterised the elections this year. A total of thirty people have so far been killed across the country. Armed thugs turned their guns on citizens and opposing political parties. We also noted the actions of armed bandits and Boko Haram insurgents in Katsina and Adamawa states.

“We also note with dismay the activities of security personnel around the country, who have been accused of interference in the electoral process and failure to protect electoral staff and materials.

“Different forms of threats, harassment, intimidation and assault were reported during the elections. We reckon that these attempts are aimed at undermining the system usually to favour the perpetrators. Our monitors on the ground did not only report cases of intimidation but were victims, too.”

TWITTER @thecableng
Copyright 2019 TheCable. All rights reserved. This material, and other digital content on this website, may not be reproduced, published, broadcast, rewritten or redistributed in whole or in part without prior express written permission from TheCable.
Tags
2019 electionsCDDnigeria
Advertisement