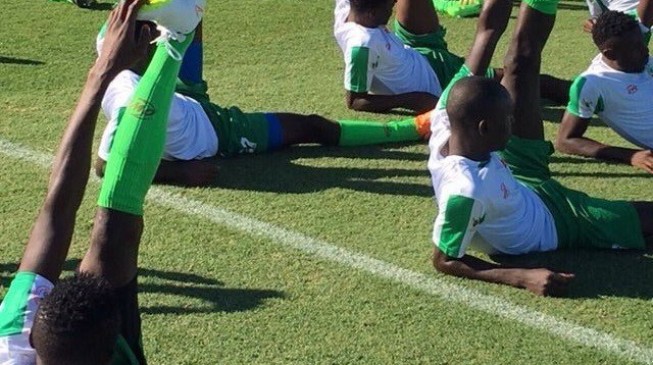 21:01 2017
Print This Article Share it With Friends
👤by Remi Sulola  0 Comments
Advertisement

The squad will fly from Kano to Lagos on Friday and then travel to Cotonou by road on the same day.

The Confederation of African Football has appointed Algerian referee Mustapha Ghorbal to take charge of proceedings at the Stade de l’Amitie on Sunday.

After Nigeria failed to reach the finals of the first two editions of the competition exclusively reserved for footballers plying their trade in their countries’ domestic Leagues, the Super Eagles won the bronze medals at the third edition in 2014.

They, however, could not make the knockout stage at the fourth edition in Rwanda last year.

The return leg will hold at the Sani Abacha Stadium, Kano on Saturday, August 19 and the winner will qualify for the 5th African Nations Championship scheduled for Kenya in 2018.

TWITTER @thecableng
Copyright 2020 TheCable. All rights reserved. This material, and other digital content on this website, may not be reproduced, published, broadcast, rewritten or redistributed in whole or in part without prior express written permission from TheCable.
Tags
Benin RepublicCHAN 2018 qualifiersChima AkasHome-based Super EaglesIkechukwu EzenwaSalisu YusufsportStephen Odey
Advertisement

CAN asks FG to declare Miyetti Allah a terrorist organisation

EFCC: Transparency International has a hidden agenda against Nigeria