Charitable in defeat: Will we have more of the new Mou? 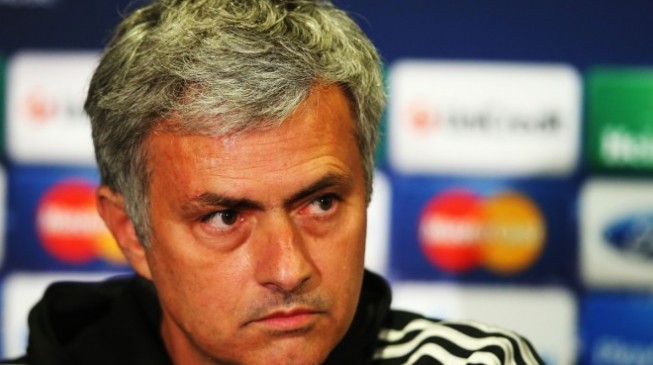 13:44 2014
Print This Article Share it With Friends
👤by Victor Akhidenor  2 Comments
Advertisement

Wednesday’s 3-1 loss to Atletico Madrid was Jose Mourinho’s fourth semifinal defeat in a row. The Portuguese gaffer holds the record for most Champions League semifinal appearances (eight), but also the record for the most uncharitable in defeat. Mourinho is a bad loser, to say the least. So, it was quite refreshing to hear him say something pleasant about Atletico Madrid after yet another semifinal loss. Atletico were just better, he admitted. “The difference was one minute in the second half, where the Atletico goalkeeper makes an impossible save from John Terry’s header,” said Mourinho, whose side had drawn 0-0 in the first leg last week. “Instead of 2-1 for Chelsea, a few seconds later, there is a penalty, which I’m happy people tell me was a penalty, and they scored the 2-1. That minute was crucial. After that, they had complete control, and we had the feeling the game was lost. “They had the feeling the game was in their hands; and after that they were very solid, very mature, a real team. I knew before they were a real team, and I congratulate them.” Previous defeats were not taken in chin. In 2005, during his first Chelsea stint, Mourinho led his side to their second Champions League semifinal, where they faced Liverpool. The goal that swayed the tie the Merseyside’s way is the now famous “ghost goal” by Luis Garcia, which was allowed to stand in the fourth minute of the second leg despite not crossing the goal line. Chelsea lost. Mourinho let loose his tongue. “Liverpool scored, if you can say they scored, because maybe you should say the linesman scored,” he said after the match. The rivalry was rekindled in 2007 when both teams met in the semifinal. Each leg was won 1-0 by the home team, but Liverpool advanced on penalties at Anfield, with Arjen Robben and Geremi’s shots saved by Liverpool keeper, Pepe Reina. “The best team lost. After they scored, only one team played; the other one just defended for the whole game,” he said after the game. After a successful two-year stint at Inter, Mourinho moved to Real Madrid. In his first season there, he took the club to their first Champions League semifinal in seven years, where he faced Barcelona. “One day I would like Josep Guardiola to win this competition properly,” he said after a 3-1 aggregate loss. In 2012, Mourinho brought Real Madrid back to the semifinals, this time facing Bayern Munich. The tie went to penalties, where Bayern keeper Manuel Neuer saved Cristiano Ronaldo and Kaka’s kicks before Sergio Ramos booted the decisive penalty over the bar. “My players worked very hard for two hours. We played to the limit. Both Chelsea and Bayern were able to rest players [between the two legs], but not Barcelona and Real Madrid. Today I want to congratulate Bayern. They will play the final against Chelsea and I hope it will be a great match. Bayern won, they were luckier than us and I’ve learnt to be happy for them.” In 2013, Mourinho led Real Madrid to the semifinals and for the third year in a row, they lost — this time to Borussia Dortmund. Dortmund won the first leg 4-1, Robert Lewandowski scoring all four goals. Real Madrid won the second leg 2-0, but it was not enough to get them to the final. Mourinho had the last words, though. “We were close. If we had scored earlier, we would have had more opportunities, but football is about scoring goals. The Bernabeu was fantastic, they believed until the end, but we didn’t make it,” he said. “In football you win or you lose; and we could have won this tie. They had a couple of big chances, but that was as a consequence of how we were playing in the last part of the match, where we risked absolutely everything.” That was the old Mou; the new Mou agreed that the opponent was better. Mou of that to come?