China has taken a different route to involvement in African aviation 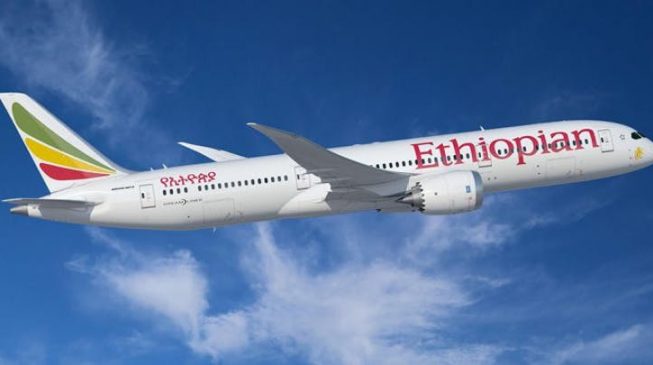 22:53 2019
Print This Article Share it With Friends
👤by Contributor  0 Comments
Advertisement

China has been a latecomer to African aviation. Even though Ethiopian Airlines started flying to China in November 1973, there were few other air links between Africa and China for 30 years.

The involvement of former colonial powers such as the British, Dutch and French goes back to the 1920s; former Soviet bloc countries began to show interest during the height of the Cold War. And in the last 20 years, Persian Gulf petro-states and their airlines – Emirates, Qatar and Etihad – have become major offshore hubs for a huge range of commercial flights serving Africa.

In my recently published paper I track how China’s involvement has been different.

Official data about the scale and pace of China’s airport projects in Africa are hard to find. In the absence of primary sources, journalistic reporting on current affairs and public projects is the main source of information. These sources can be at variance. And keeping up with developments is evidently difficult.

Despite the absence of accurate, clear and consistent information, the picture that emerged during my research shows considerable Chinese activity directed at modernising, extending and building new airports in Africa. The grandest projects are in resource-rich countries.

It is on the ground that China has been flexing its aviation muscles in Africa. This is consistent with China’s 50-or-so years of infrastructure funding and construction on the continent. Energy, water, road and rail infrastructure projects have been the major spheres of Chinese offshore investment in Africa.

Civil airports there have been a recent addition. China’s experience of planning, funding, constructing and managing airports at home stands it in good stead.

Two 2017 reports noted between US$27 billion and US$38 billion currently being spent on or earmarked for spending on 77 construction and associated hardware projects at airports in Africa. China was named in relation to Angola, Ethiopia, Kenya, Nigeria, Rwanda, Senegal and Zambia. The average price for all projects was US$440 million.

At a rough estimate, China accounted for between a quarter and a third of this total airport spending. Excluding unknown expenditure in Ghana, Zimbabwe and the Democratic Republic of Congo, it spent some US$5.7 billion on these airport projects: US$3.8 billion on a new airport outside Luanda (Angola), US$615 million in Maputo, US$360 million in Zambia, US$345 million at Addis Ababa, US$260 million in Mauritius, US$190 million in Sierra Leone, and US$136 million in Mauritania.

The Chinese investment model involves loans and grants, but also, it would seem, part-exchange deals over oil and minerals. These arrangements have more of a resources-for-infrastructure or barter quality.

At the same time Turkish, French, Italian and British contractors have been bidding for airport improvement projects in Africa, and for terminal or runway new-build schemes. These, it would appear, are at a lesser scale, and have greater transparency.

China’s approach may change in the future. That’s if it can neutralise the pivot of Persian Gulf airports at Dubai, Abu Dhabi and Doha. And if it can out-manoeuvre their airlines in global long-haul markets.

It may be more likely that China’s penetration of African civil aviation will occur via partnerships with African airlines, and taking equity shares.

Some of this has already happened. For example, the Hainan corporation in China has reportedly made forays into airlines in Ghana and South Africa, and into a Kenyan all-freight carrier.

Sales to Africa of Chinese-manufactured aircraft have also started. Attendant spare parts stocks are being pre-positioned. In addition, there are plans for Chinese-led aviation technical and managerial training schools in Africa. These will reduce risk of wasted physical infrastructure and of any associated reputational damage.

Some African countries are gearing airport capacity planning to a predicted 5% annual growth in continental passenger numbers by 2035. By that time Africa is expected to be home to eight of the world’s 10 fastest-growing aviation markets. Most African countries don’t have the capacity to prepare for this and will need overseas funds and engineering expertise.

But there are concerns. Any arguments against rampant airport investment in Africa could begin with familiar worries about cost overruns in mega-infrastructure projects, the long-term burden of loan repayments (or default loss of control to foreign owners), the unaffordability of unanticipated maintenance charges, and the inappropriateness of prestige and political vanity projects.

Concerns about corruption, due diligence, accountability, social and environmental disruption plague transport projects wherever they occur.

Another argument against airport mania in Africa – including one that may be levelled against the seductively shiny steel-and-glass ‘aerotropolises’ touted in Nigeria and South Africa – is that these opportunist projects are firmly nation- or city-led (indeed, even regime-led). As such, they don’t necessarily fit into any long-term regional or pan-African programme of integrated infrastructure development.

At a time of chronic resource shortages and stress this is irresponsible. What can be accomplished technically is not always what should be done. There have always been white elephants and rogue elephants in Africa.

The economic and political geography of China’s airport consulting, financing, construction, and management programme in Africa is only now beginning to surface. In future, better statistical information, and richer local information will make for better analysis.

This article is republished from The Conversation under a Creative Commons license. Read the original article.

‘Should he act like Aki and Paw Paw?’ – outrage as Sugabelly calls Pete Edochie a bad actor