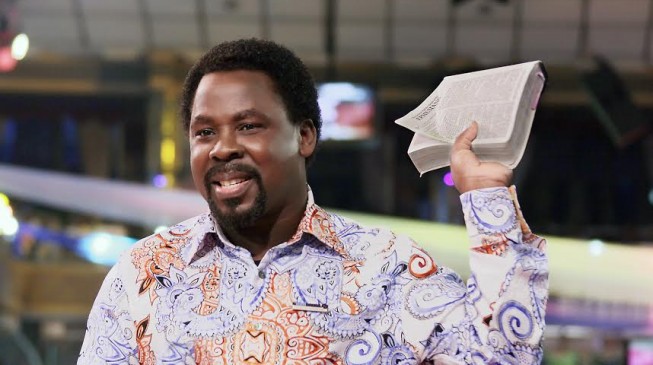 19:19 2019
Print This Article Share it With Friends
👤by Chinedu Asadu  0 Comments
Advertisement

Many churches in the Israeli city of Nazareth have kicked against the planned visit of TB Joshua, Nigerian televangelist and founder the Synagogue Church of All Nations.

According to Haaretz, an Israeli publication, the planned visit of Joshua has generated criticisms among the residents and stakeholders, including church officials.

Joshua is scheduled to visit the Israeli city ahead of his church’s event tagged the “Nazareth Meeting with TB Joshua,” holding on June 23 and June 24.

Some of the church leaders were quoted as saying the upcoming event is an “affront in the principles of Christianity”, asking residents to shun it.

“We beg you to not play in the hands of those organising this type of festival which is an affront to the principles of Christianity, and our national identity,” they reportedly said.

The publication said church officials meeting in Nazareth several days ago urged residents to boycott the event and clerics to avoid any mention of it in their sermons.

“We beg you not to play in the hands of those organizing this type of festival which is an affront to the principles of Christianity, and our national identity, and deals a blow to the social fabric of a city like Nazareth,” they wrote.

Church officials quoted text from the New Testament about how believers must be cautious about false messiahs who try to convince people they are performing miracles.

The publication said both Christian and Muslim leaders have kicked against the scheduled visit except for the Catholic church which argued the event should be allowed to hold just like that of of pilgrims.

The Hadash and Youth for Change parties in Nazareth were said to have also cited Joshua’s source of wealth as part of their concerns.

“We have asked to take an in-depth look at this issue, at why a city like Nazareth would receive such a person who is denied entry to many countries on grounds of criminal suspicions and given his links to the extreme right in Israel,” they reportedly said.

“What’s more, the man is known to have grown wealthy in a way that has raised many questions and therefore we view such a visit as an illegitimate step which contaminates the city and its historic heritage.

“And we absolutely reject the mayor’s claims that such an event would bring $1 million to the city and would see such a sum were it to actually materialise as an illegitimate contribution that would contaminate the city.”

TWITTER @thecableng
Copyright 2020 TheCable. All rights reserved. This material, and other digital content on this website, may not be reproduced, published, broadcast, rewritten or redistributed in whole or in part without prior express written permission from TheCable.
Tags
church eventNazarethT.B Joshua
Advertisement