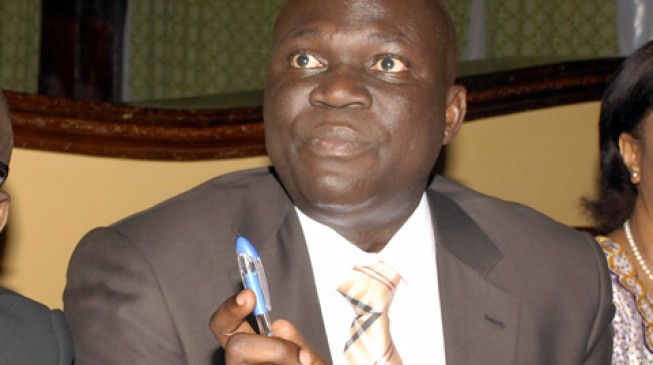 11:58 2015
Print This Article Share it With Friends
👤by Taiwo George  1 Comment
Advertisement

Reuben Abati, spokesman of former president, Goodluck Jonathan, says the recent utterances by Edwin Clark, staunch ally of Jonathan, is the worst form of humiliation that his former principal has received since he left office.

At a programme to announce his decision to quit partisan politics, Clark had said Jonathan lacked the will to fight corruption.

“Jonathan didn’t have the political will to fight corruption. He’s too much of a gentleman,” he had said.

“Drivers of yesterday were living in palatial buildings now under his government. In advanced countries, when you are living above your means, people query you. That’s not so in Nigeria. Former governors and lawmakers are now asking for immunity.”

Reacting, Abati wondered if the elder statesman could have made such utterance if the outcome of the presidential election had been different.

He recalled how the octogenarian curried favours from Jonathan, saying Clark is a typical example of people that leaders in power should not have around them.

“Who would ever think, Chief E.K. Clark would publicly disown President Jonathan?  He says Jonathan was a weak President. At what point did he come to that realisation? Yet, throughout the five years, he spoke loudly against anyone who opposed the president,” Abati said in an article titled ‘Clark the Father, Jonathan, the son’.

“He was so combative he was once quoted as suggesting that Nigeria could have problems if Jonathan was not allowed to return to office. Today, he is the one helping President Jonathan’s successor to quench the fires.

“He always openly said President Jonathan is ‘his son’. Today, he is not just turning against his own son, he is telling the world his son as president lacked the political will to fight corruption. He has also accused his son of being too much of a gentleman.

“Really? Gentlemanliness would be considered honourable in refined circles.  Is Pa E.K. Clark recommending something else in order to prove that he is no longer a politician but a statesman as he says? As someone who was a member of the Jonathan administration, and who interacted often with the old man, I can only say that I am shocked.

“This is the equivalent of the old man deleting President Jonathan’s phone number and ensuring that calls from his phone no longer ring at the Jonathan end. During the Jonathan years, Chief E. K. Clark was arguably the most vocal Ijaw leader defending the government.

“He called the President ‘my son’, and both father and son remained in constant touch. There is something about having the president’s ears in a presidential system, elevated to the level of a fetish in the clientilist Nigerian political system.

“Persons in the corridors of power who have the president’s ear – be they cook, valet, in-laws, wife, cousin, former school mates, priests, or whatever, enjoy special privileges. They have access to the president and they can whisper into his ears. That’s all they have as power: the power to whisper and run a whispering campaign that can translate into opportunities or losses for those outside that informal power loop around every presidency, that tends to be really influential.

“Every president must beware of those persons who come around calling them ‘Daddy’, ‘Uncle’, ‘na my brother dey there’, ‘my son’, ‘our in-law’: emotional blackmailers relying on old connections.

“I am not necessarily saying that the Ijaw leader should have remained loyal to and defend Goodluck Jonathan because they are both Ijaws; patriotism definitely could be stronger than ethnic affinities. Nonetheless, that E. K. Clark tale about leaving politics and becoming a statesman is nothing but sheer crap.  If Jonathan had returned to office, he would still be a card-carrying member of the PDP and the ‘father of the president’ and we would still have been hearing that famous phrase, ‘my son’. Chief E. K. Clark, five months after, has practically told the world that President Buhari is better than ‘his own son’. It is the worst form of humiliation that President Jonathan has received since he left office.”

TWITTER @thecableng
Copyright 2020 TheCable. All rights reserved. This material, and other digital content on this website, may not be reproduced, published, broadcast, rewritten or redistributed in whole or in part without prior express written permission from TheCable.
Tags
Edwin ClarkGoodluck Jonathanreuben abati
Advertisement