CLOSE-UP: Lyon, the oil magnate who swept PDP out of Bayelsa 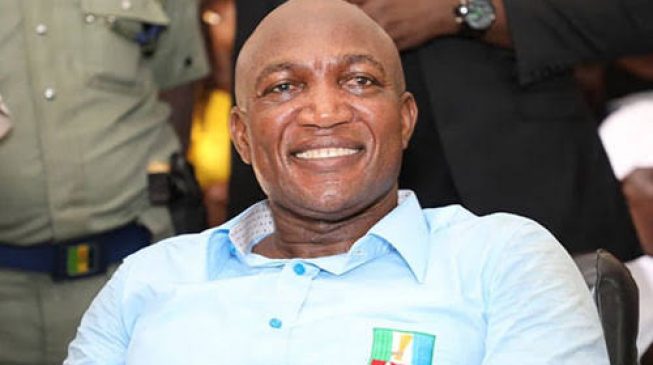 12:04 2019
Print This Article Share it With Friends
👤by Haleem Olatunji  0 Comments
Advertisement

Forty-eight hours to the election, David Lyon, candidate of the the All Progressives Congress (APC) in the Bayelsa governorship poll, was not sure of participating in the exercise where he has just been declared the winner. Duoye Diri, his main rival in the election, had told voters that casting their ballot for Lyon is sheer waste because “APC has no candidate”.

In the election week, two federal high courts in Abuja and Bayelsa had barred Lyon from the contest but the appeal court ordered a stay of execution and this paved the way for Lyon’s participation. Now he has made history: this is the first time an opposition party would win a governorship election in the oil-rich state since the return of democracy in 1999. The state, which was created in 1996, has always been governed by the PDP.

Below are some things to know about the governor-elect in Bayelsa: 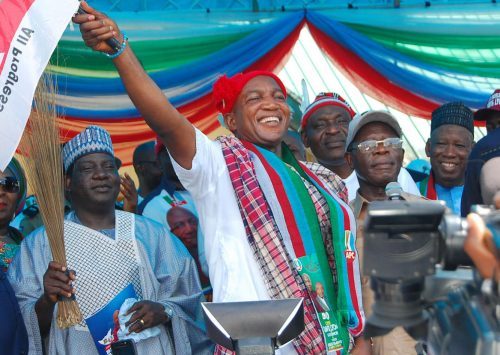 During its 20-year reign, Lyon benefited from the PDP as one of its members. He contested under the platform of PDP as an aspirant to represent the Southern Ijaw constituency IV in the state house of assembly in 2011 but lost. He defected from PDP in 2015 to join the APC, with the support of Timipre Sylva, former governor of the state and incumbent minister of state for petroleum.

In an interview granted earlier this year, he said he dismissed critics who described him as a greenhorn in politics.

“I have been in politics for long. I have also contested elections in the past. I am as a politician as I am a businessman,” he had said.

“But somehow, I became a bigger businessman because of hard work, God’s blessings and my managerial skills. I also spend a lot of my time building my political relationships. So, I didn’t just enter politics today. Have you forgotten I contested the House of Assembly election with the former Speaker Kombowei but later stepped down? If I don’t have political ambition, why did I join politics and remain there till now?” 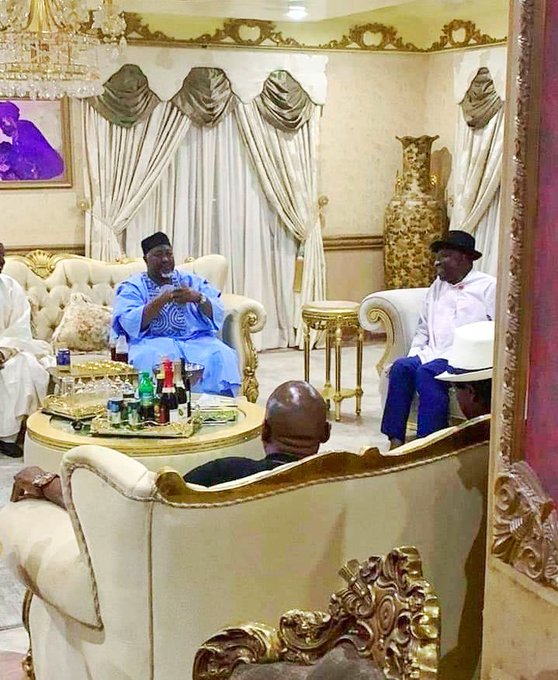 Lyon seems to share a similarity with ex-President Goodluck Jonathan, who said he went to school barefooted early in life. Like Jonathan, Lyon said he once had his share of poverty and there was a time when he had no shoes, thus, walked bare footed to school.

In an interview with The Sun, the governor-elect said he is committed to the poor due to his direct exposure to poverty.

“Everybody in Bayelsa State confronts poverty on the widest scale every day. I grew up in this environment. Growing up as a schoolboy at St. Gabriel State School Olugbobiri, I walked to school bare footed, and attended Community Secondary School Olugbobiri,” he said.

“I went to Port Harcourt and attended Rivers State College of Education when it was affiliated to University of Ibadan. My commitment to the poor is one that comes from direct exposure to poverty and harsh terrain.

“It will be impossible to talk of a Bayelsa man or woman who has not experienced poverty or hardship. Go to the various communities, you will see the problems, I know this state first hand, I have gone everywhere and I grew up here, my parents grew here. The question of not experiencing poverty is not true at all.” 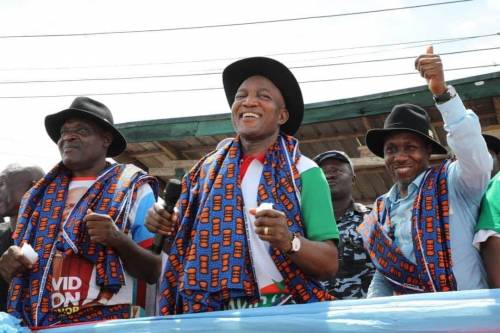 Lyon is the CEO of Darlon Security and Guard, a private security firm in Bayelsa state. He said his firm is “committed to the protection of critical national assets in the oil and gas sector in the Niger Delta and creating a value chain of safer waterways”.

He had promised that if elected, his administration would tackle the problem of unemployment in the state.

“I believe that most security problems arise from unemployment, poverty and illiteracy; we shall formulate a security architecture that will embrace all traditional rulers, community leaders, political leaders, young and old from individual communities and local governments, combined with the support of our conventional security operatives; we will have our desired security problem solved,” he had said.

“We will bring various experiences and expertise to bear to ensure adequate security; peace and love must reign in Bayelsa State where everybody will have equal opportunity and prosperity.”

The Bayelsa governor-elect is neither a university graduate nor a graduate of any polytechnic. According to the record of aspirants possessed by INEC, Lyon only has a First School Leaving Certificate (FSLC), a West African School Certificate (WASC), and a National College of Education (NCE) certificate.

He attended Community Secondary Shool, Olugbobiri, from 1984 to 1988. After that, he attended Saint Gabriel’s State School, Olugbobiri, between 1978 and 1983. Lyon then proceeded to the Rivers State College of Education, where be obtained his NCE certificate.

Lyon is a businessman and an oil magnate whose investments are domiciled in Bayelsa state.

The governor-elect is also a philanthropist, who supports the people of the state through his foundation. Such endeavor contributed to his success at the polls. In an interview he granted before the gubernatorial election, Lyon said he is ready for political terrain in Bayelsa, having excelled in oil politics, which he described as the “biggest politics in the world”.

“The oil politics is the biggest politics in the world and I have excelled in that industry. My business requires me to speak with people in OPEC and to relate with petroleum ministers across the world,” he said.

“In my private business, I have demonstrated the willingness to solve the problems in our state especially the problem of unemployment. I have over 7,500 employed in David Lyons companies for the past six years. Besides, I have been running a scholarship foundation that cuts across all the local government areas in the state.”

TWITTER @thecableng
Copyright 2020 TheCable. All rights reserved. This material, and other digital content on this website, may not be reproduced, published, broadcast, rewritten or redistributed in whole or in part without prior express written permission from TheCable.
Tags
APCBayelsaDavid Lyonelectiongovernor-elect
Advertisement