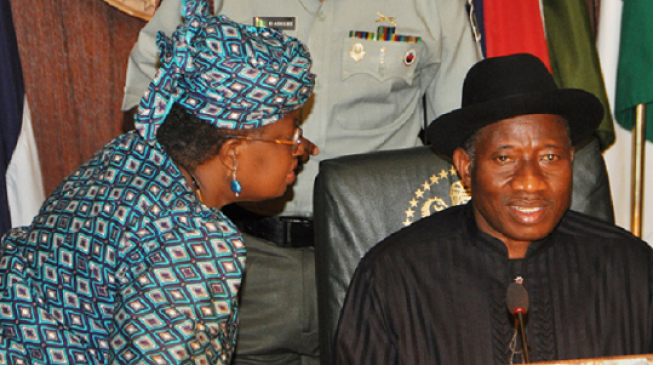 09:41 2016
Print This Article Share it With Friends
👤by TheCable  0 Comments
Advertisement

Ibrahim Buba, a justice of the federal high court Abuja, has ordered the immediate past administration to account for the alleged missing N30 trillion under the administration of former President Goodluck Jonathan.

It was Charles Soludo, former governor of the Central Bank of Nigeria (CBN), who first made the allegation.

“Our public finance is haemorrhaging to the point that estimated over N30tn is missing, or stolen, or unaccounted for, or simply mismanaged,” Soludo had said in an extensive analysis on the state of the nation.

But Jonathan’s government denied the allegation, saying it was illogical for that sum to be stolen as it had not generated that much in all its years in power.

However, Socio-Economic Rights and Accountability Project (SERAP), a human rights group, filed a freedom of information suit before the court.

Delivering judgement, Buba said: “Mrs Okonjo-Iweala and the federal government have no legally justifiable reason for refusing to provide SERAP with the information requested for. The court has gone through the application and agrees that SERAP’s application has merits and the argument is not opposed. SERAP’s application is granted as prayed”.

According to SERAP, the court agreed with the arguments by Olukayode Majekodunmi, SERAP deputy director, that Okonjo-Iweala and the federal government “should have either supplied the information requested by SERAP or communicate her denial within 7 days of receipt of the letter from SERAP if she considers that the request should be denied”.

The judgment by Buba reads in part: “Preliminary objection by Mrs Okonjo-Iweala and the federal government is misconceived, the court upholds the arguments by SERAP for the reasons stated herein.

“SERAP commenced this proceeding by way of Originating Summons dated 23 February 2015 and filed 25 February 2015. Mrs Okonjo-Iweala and the Federal Government filed a Memorandum of Conditional Appearance, a Notice of Preliminary Objection and written address, all undated but filed on 29 September 2015.

“The preliminary objection is on the following grounds: that SERAP did not obtain the mandatory leave of the Federal High Court to issue and serve the Originating Summons and other processes outside Lagos State; that there is no mandatory endorsement on the Originating Summons that it is to be served on Mrs Okonjo-Iweala and the Federal Government in Abuja and outside jurisdiction of this Court.

“The only issue for determination is whether Mrs Okonjo-Iweala and the federal government should be heard on their preliminary objection considering the totality of the circumstances of this case.

“He who wants equity must do equity. This suit was filed on 25 February 2015 and from the record of the court was served on Mrs Okonjo-Iweala and the Federal Government on 3 July, 2015. It took about 3 months for them to come up with technical response to the simple request for information under the Freedom of Information Act 2011.

“Mrs Okonjo-Iweala and the Federal Government have therefore been caught by Order 29 of the Rules of this Court, which requires that an application shall be made within 21 days after service on the Defendants of the originating summons.

“If Mrs Okonjo-Iweala and the federal government want to raise issues about service, the law does not permit of demurer. The proper route for them should have been to join issues with the originating summons and also file their objections. In the present case by SERAP, the Notice of Preliminary Objection by Mrs Okonjo-Iweala and the federal government is incurably defective for not conforming to order 29 of the Rules of this Court.”

TWITTER @thecableng
Copyright 2020 TheCable. All rights reserved. This material, and other digital content on this website, may not be reproduced, published, broadcast, rewritten or redistributed in whole or in part without prior express written permission from TheCable.
Tags
cbnCharles SoludoGoodluck JonathanIbrahim Bubangozi okonjo-iweala
Advertisement