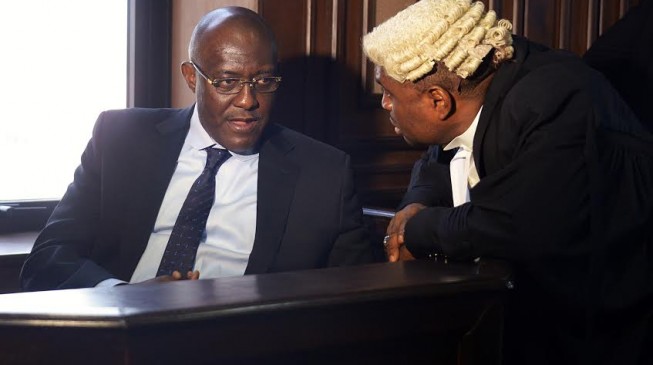 14:47 2016
Print This Article Share it With Friends
👤by Fredrick Nwabufo  0 Comments
Advertisement

A federal high court in Abuja has fixed March 9 to either discharge or acquit Olisa Metuh, spokesman of the Peoples Democratic Party, (PDP) or make him open defence in the case filed against him by the Economic and Financial Crimes Commission(EFCC).

Metuh, who has pleaded innocent since inception of his trial, is facing a seven-count charge of alleged criminal breach of trust and money laundering.

Last Thursday, Onyechi Ikpeazu, Metuh’s counsel, had asked the court to discharge and acquit his client on the grounds that he had no case to answer.

The PDP spokesman was to open his defence on the same day, but his counsel, Ikpeazu, said Metuh had no case to answer and filed a no-case submission.

At court hearing on Thursday, Ikpeazu once again asked the court to acquit his client because he had no case to answer. But Tahir Sylvanus, counsel to the EFCC told the court that he had already filed a “written address” against the no-case application of Metuh.

Metuh maintains he is innocent of the charges, claiming he only received the sum of N400 million from the office of the former national security adviser to carry out media campaigns for former President Goodluck Jonathan.

TWITTER @thecableng
Copyright 2020 TheCable. All rights reserved. This material, and other digital content on this website, may not be reproduced, published, broadcast, rewritten or redistributed in whole or in part without prior express written permission from TheCable.
Tags
CourtEFCCIkpeazuMetuhSylvanus
Advertisement