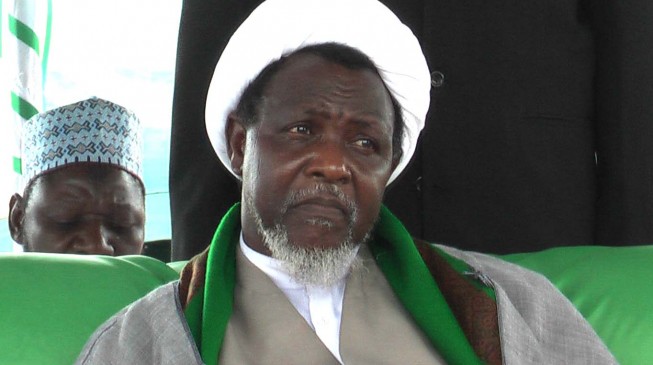 13:02 2019
Print This Article Share it With Friends
👤by Ebunoluwa Olafusi  0 Comments
Advertisement

A Kaduna high court has fixed August 5 to rule on the bail application filed by Ibrahim El-Zakzaky, leader of the Islamic Movement in Nigeria (IMN), and his wife, Zeenat.

El-Zakzaky and his wife who have been in detention since their arrest in 2015, are seeking permission to travel abroad for medical treatment.

The application was filed by Femi Falana, their counsel, on July 18.

At the resumed hearing on Monday, Falana explained that the absence of his clients at the court was due to their health condition.

He told the court that their health condition was deteriorating daily and added that a foreign medical treatment was required to “stabilise them to enable them to face the main trial”.

He argued that the medical condition can be treated locally, saying there was no need for the court to release them on bail to travel abroad.

Thereafter, Darius Khobo, the presiding judge, adjourned the ruling on the application to August 5.

El-Zakzaky and his wife are facing an eight-count of culpable homicide, unlawful assembly and disturbance of public peace.

A federal high court in Abuja had declared the group a terrorist organisation, following an ex-parte application filed by the federal government.

Recent protests by the group to demand the release of the Shi’ites leader and his wife turned violent as they clashed with security agencies.

Usman Umar, a senior police officer, and Precious Owolabi, a Channels Television reporter, lost their lives on August 22 when a Shi’ites protest in Abuja turned violent.

TWITTER @thecableng
Copyright 2019 TheCable. All rights reserved. This material, and other digital content on this website, may not be reproduced, published, broadcast, rewritten or redistributed in whole or in part without prior express written permission from TheCable.
Tags
Bail applicationdetentionIbrahim El-ZakzakyIMN
Advertisement