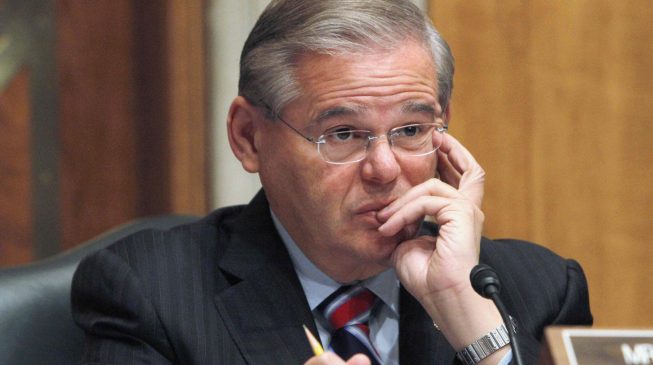 19:23 2019
Print This Article Share it With Friends
👤by Femi Owolabi  0 Comments
Advertisement

Some lawmakers in the US have expressed concern over the “clamp down” on journalists and civil society organisations (CSOs) in Nigeria.

In a letter dated November 25 and addressed to Sylvanus Nsofor, Nigeria’s ambassador to the US, the lawmakers said the arrest of journalists and “harassment of peaceful protesters” are beginning to negatively impact the image of government.

“We write to express strong concern about closing media and civic space in Nigeria,” read the letter signed by Robert Menedez, a senator from New Jersey (pictured), and Josh Gotheimer, a member of congress.

“There have been a number of troubling reports about Nigerian security services assaulting and detaining journalists, using excessive force on non-violent protesters and taking other actions that inhibit freedom of expression, and otherwise prevent Nigerians from fully exercising their fundamental constitutional rights.

“Journalists and activists such as Omoyele Sowore, Jones Abiri, Kofi Bartels, Samuel Ogundipe, and others investigating and speaking-out about politically sensitive problems like corruption or insecurity have been harassed and detained; with reports that some have even been tortured.

“In the least one instance, the Department of Security Services has ignored a court order to release a detained activist. Restrictions and deadly crackdowns on non-violent protests since 2015 have similarly reflected a lack of apparent commitment to civic freedom which is beginning to negatively impact the image of Nigeria’s government, both at home and abroad.”

The US lawmakers said Nigeria has a critical role to play in preserving peace and stability in West Africa, and as the most populous democracy on the continent, it could serve as a shining example of how countries can best observe the rights enshrined in the African charter on human and people’s rights.

“Failure to respect the rights in the charter and those in the Nigeria’s constitution, the congress said undermines the country’s ability to lead in the area,” the letter read.

“We urge you to ensure that the rights and liberties contained in the constitution are observed for all citizens, and to take strong action against further closing space for journalists, political opposition, and those in civil society.”

The lawmakers added that they will look forward to seeing progress “on this critically important issue.”

Sowore, convener of RevolutionNow Movement, was arrested in August over his planned nationwide protest.

TWITTER @thecableng
Copyright 2020 TheCable. All rights reserved. This material, and other digital content on this website, may not be reproduced, published, broadcast, rewritten or redistributed in whole or in part without prior express written permission from TheCable.
Tags
Journalistsomoyele soworeUS congress
Advertisement