CSOs: Those who killed a herdsman were arrested but killer herdsmen still on the prowl 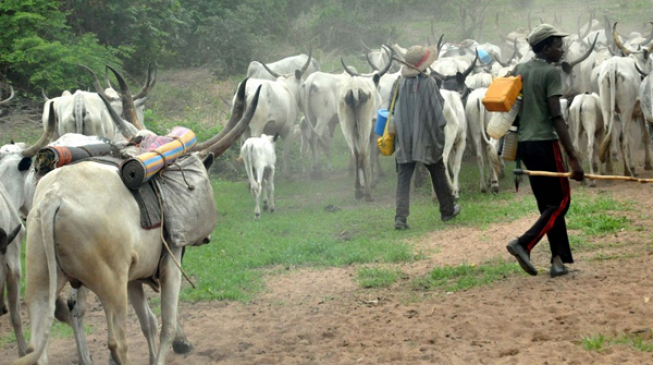 23:48 2018
Print This Article Share it With Friends
👤by Dyepkazah Shibayan  0 Comments
Advertisement

Two civil society organisations (CSOs) have expressed concern with the way those alleged to have killed a herdsman in Adamawa were arrested while suspects wreaking havoc in different communities across the country are yet to be brought to book.

Last week, a court in Adamawa imposed a death sentence on five persons reportedly arrested in connection with the death of a herdsman.

In a statement on Friday, Nigeria Mourns and the Joint Nigeria Crisis Action Committee (JN-CAC), the groups, called on the government to use a wholistic approach to tackle killings.

Abiodun Baiyewu, Chidi Odinkalu and Yemi Adamolekun, representatives of the CSOs, called on security agencies to fulfill their constitutional obligation of  protecting lives.

“This week, Nigerians received news of the conviction by the High Court of Adamawa state five persons on charges of culpable homicide punishable with death for the killing of a pastoralist in Demsa local government area of Adamawa,” the statement read.

“Given the facts of the case, it would appear that the security agencies were diligent in the task of investigation as well as in arresting and prosecuting the culprits. We applaud their assiduousness in this particular case, and affirm our support for the rule of law and the administration of justice.

“However, we are reminded that in the first quarter of this year alone, more than 4000 Nigerians have been killed in violent attacks (including many women and children), by persons or groups described in various places as armed pastoralists, rustlers or bandits.

“In some cases, these perpetrators have decimated entire communities or laid to waste massive human settlements, including schools, hospitals and places of worship. In nearly all these cases, there have been neither arrest nor diligent prosecution.

The groups said the manner in which the Adamawa case was handled could give the impression that government is not fair.

“At the moment, it appears that the perception appears to exist that there is a lack of political will to apply to all suspected perpetrators, the same standards of diligence that has been demonstrated in this case in Adamawa state,” the statement read.

“As a result, large groups of armed and organised killers appear to be on prowl Adamawa,  Benue, Kaduna, Nassarawa, Plateau, Taraba, and Zamfara States with no consequences for the challenge that they pose to the safety of our communities, the coexistence of our people and the stability of our country.”

They reiterated their call on President Muhammadu Buhari to sack the service chiefs over “their inability to guarantee our safety and end the cycle of impunity”.

TWITTER @thecableng
Copyright 2020 TheCable. All rights reserved. This material, and other digital content on this website, may not be reproduced, published, broadcast, rewritten or redistributed in whole or in part without prior express written permission from TheCable.
Tags
Joint Nigeria Crisis Action Committee (JN-CAC)killingsNigeria Mournsservice chiefs
Advertisement