Dare to NFF: Clean up your acts, I won’t interfere with corruption probe 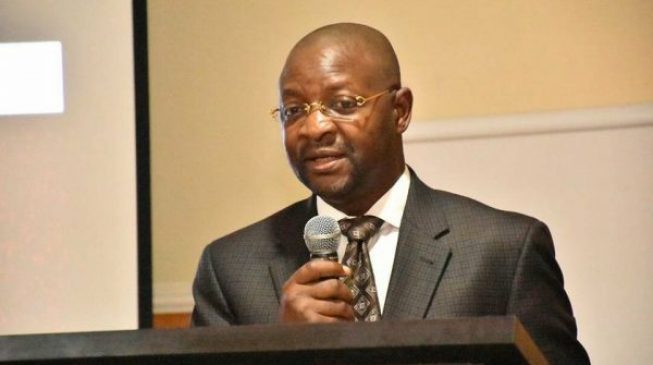 16:35 2019
Print This Article Share it With Friends
👤by Remi Sulola  0 Comments
Advertisement

Sunday Dare, minister of youth and sports development, says he will not interfere in the ongoing corruption investigation being carried out on the Nigeria Football Federation (NFF).

Dare, in a meeting with NFF’s fifteen executive members on Friday, asked the NFF to clean up its acts.

TheCable had previously reported that the Independent Corrupt Practices and Other Related Offences Commission (ICPC) placed the Lagos and Abuja residences of Amaju Pinnick and Shehu Dikko, president and 2nd Vice President of NFF under investigation.

Rasheedat Okoduwa, an ICPC spokesperson, had told TheCable that Dikko, as well as some other NFF executives residences, are under investigation for corruption allegations.

“The executive board (of NFF) should learn to do things differently, the Minister will not interfere with EFCC or ICPC since it is important to allow these organizations follow their own due processes,” Dare said.

“We must allow them to do their work.”

In his first meeting with the entire membership of the board of the NFF, he pointed out that the perception of corruption and unseriousness is hurting the sport.

The minister pointed out that the federation must chart a new course in conducting its affairs transparently.

“We need to reset the perception, the charge of corruption and other negative things can be turned around by embracing transparency.”

NFF officials have denied being corrupt in the past with Pinnick once saying the investigation made them “feel unsafe”.

The NFF has been on the watch-list of the anti-corruption agencies and is currently under investigation by the Economic and Financial Crimes Commission (EFCC) and the Special Presidential Investigation Panel on Recovery of Public Property (SPIP).

TWITTER @thecableng
Copyright 2020 TheCable. All rights reserved. This material, and other digital content on this website, may not be reproduced, published, broadcast, rewritten or redistributed in whole or in part without prior express written permission from TheCable.
Tags
Amaju PinnickCAFEFCCFIFAICPCMohammed SanusiNigeria Football federationSeyi AkinwunmiShehu DikkoSportSunday DareYusuf Ahmed Fresh
Advertisement