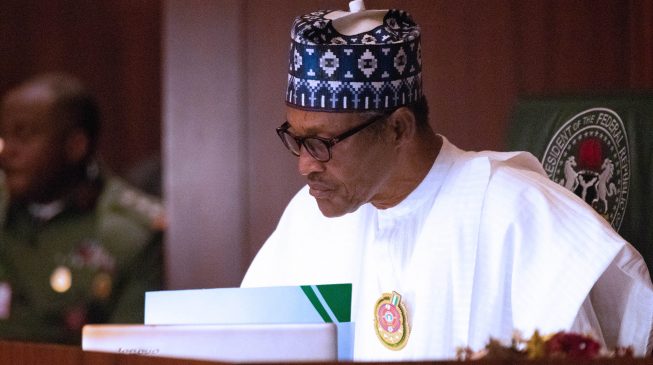 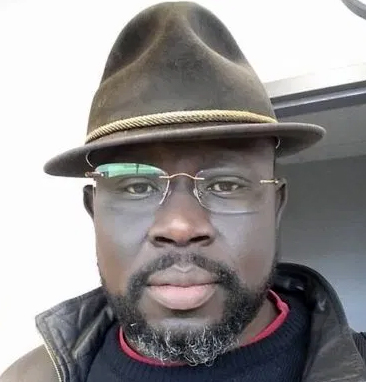 This was my initial reaction to reading the Daily Trust Editorial calling out The Punch’s editorial position on the Muhammadu Buhari regime. I became a member of the Daily Trust Editorial Board in 2004 shortly after resigning as editor of another newspaper on moral/professional grounds. I have maintained a bi-weekly column for the newspaper since with the exception of stints at office of Ken Nnamani as the President of the Nigerian Senate and later as Head of Press and Public Affairs at the British High Commission.

Until recently, I have never had cause to doubt my ‘job’ or have reasons to doubt the editorial independence of Daily Trust. Until recently, only once was my column rejected. That was a satire I did after the Kano State Government refused an offer to have a multimillion-dollar film academy cited in the state for fear of the reaction of ultra conservative religious zealots. It was, in my mind a tough one, having watched the riots that greeted the Miss World report in This Day years earlier.

I am therefore shocked reading the editorial comment of an independent newspaper berating the editorial position of another independent newspaper. It is a first in the annals of journalistic history and I have had to ask notable professors of journalism if this has a precedence. I have been convinced that no such history ever happened either in Nigeria’s rich journalism or anywhere else in the free world. The dictum stands – that facts are sacred and opinions are free!

Editorials are written usually after in-house or external editors have met to discuss how a medium reacts to a particular issue or subject. Those who are not privy to the robust debates that lead to these strong comments would not appreciate the level of independence and deep introspection that goes into penning them. It is rare to find those who are not privy to such, questioning the rationale.

As a profession, journalism and the media as a senior colleague once argued; is not the Fourth Estate of the realm, at least thank heavens, not in our clime. In the developed world, the press could be the Fourth Estate because it draws from huge budgets at least to defray its cost of production and help it maintain its independence without compromise. In our climes, there is no such proviso and so, the media exists at the behest of its founders and flounders at their mismanagement hence the high level of attrition of the media. The closest to government ‘patronage’ that comes apart from sales and subscriptions is advertisements that in a social media dominated world is a crucial surviving tap.

Daily Trust as a newspaper has gained nothing but knocks and kicks from successive democratic governments. One government ordered its offices to stop subscription to the newspaper at one time. Under President Jonathan, it was relentlessly attacked by the military especially after the upsurge of Boko Haram attacks in the wake of the Chibok kidnapping. For weeks, soldiers waylaid the newspaper’s circulation vans, harass the drivers, seize and burn the copies to prevent circulation. It even accused the newspaper of gunrunning the same accusation levelled against Dele Giwa and Bagauda Kaltho before they were eliminated.

Until recently, I have never had cause to doubt my ‘job’ or have reasons to doubt the editorial independence of Daily Trust. In these years, I have only had cause to complain once, when Kano rejected the citing of a multimillion dollar film academy because it could lead to riots from overtly protective religious zealots.

In the years of working for the Trust, I am shocked to read an editorial comment berating another editorial comment of another independent newspaper. I have asked professors of journalism if this has a precedence in history and I have been convinced that no such has happened either in Nigeria’s rich journalism or anywhere else in the true world.

As a profession, journalism or the press is, as a senior colleague once argued is not the fourth estate of the realm, at least not in our clime. In the developed world, the press could be the fourth estste because it draws from budgets and endowments from the executive. There is no such in our constitution or in practice. The closest to government patronage is advertisements, which in a world dominated by social media is a crucial surviving tap.

In the case of Daily Trust, the newspaper has gained nothing but knocks and kicks from successive democratic governments. Under Jonathan, it was vehemently attacked by security agencies who constantly stopped its circulation and even accused it, without evidence of complicity with Boko Haram. The attacks led to tremendous loss of revenue and an unwise decision that saw it getting an out of court settlement negotiated by the Nduka Obaigbena led Newspaper Proprietors Association of Nigeria, NPAN. That money, about N10 million so-called Dasuki loot if memory serves me right, has since been returned to the coffers of the federal government and left a tar on the impeccable reputation of the publication and others who benefitted from the largesse.

Outsiders would not understand the incredible pressure brought to bear on the Trust management to tone down on perceived unfair rhetoric against the Buhari government. Not very long ago, the military under Buhari sealed off the Headquarters of the Trust in Utako, its offices in Kaduna and Maiduguri and arrested two of its editors. It took the personal intervention of Buhari to stop the siege methodically targeted to affect publication and circulation. It was the beginning of a crackdown on dissent as the Buhari regime saw to the eviction of a critical writer like Prof Farooq Kperogi. Sonala Olumhese’s column has been rejected of late, so has mine.

Personally, I have come under unprecedented pressure to stop hitting the regime. A few months ago, I was warned to stop using ‘uncomplimentary language against the government’ in my satires. I blatantly responded that I would not stop. A top management call demanded that I stopped writing satiric commentary on crucial national issues but agreed to publish straight pieces. It was a suicidal order in the wake of the repressive laws now being used to target journalists and other voices of dissent, but I was not ready to have my voice closed down. The second order was to stop commenting on the president’s family. I agreed on this second on the proviso that the First Family stop making political statements. No political commentator unwittingly comments on a man’s family just for the fun of it.

The level to which the Buhari regime and its cabal would go to undo the democracy that the Nigerian media paid supreme prices for is unprecedented. This editorial by Daily Trust is strangely disturbing. It is bullish in its arguments and critically unprofessional. It is as pithy as it is pitiable and fills the democratic arena with strict forboding. It is an attempt to muzzle the fundamental freedom of speech and respect for the expression of free thought. Coming from a newspaper that is constantly at the mercy of a draconian regime, these are indeed horrible times; seasons that query the fate of wood where gold rusts.

If anything at all, this regime does not need its masochistic egos massaged by any section of the media it has not yet submitted through subterfuge. The critical space of radio and television are constantly being muzzled by the jackboots of the NBC under the leadership of Lanre Modibbo Kawu, another ex-virulent critic and self-styled Marxist-Leninist.

If we are to sustain the values of democracy from the jackboots of a whimsical and capricious regime and its cabal, all hands must be on deck. If they succeed in dividing the media between ‘we’ and ‘them’, the hard-fought attributes of freedom of speech would be irredeemably jeopardised. Where freedom of speech is in jeopardy, nobody is safe.

There is much to gain in growing democratic governance when the people have avenues to express their views without fear of being disappeared or being sent to the gallows as is presently preferred by the regime and its pseudo-democratic apologists. The democracy that Buhari and his cabal enjoys today were planted and watered by the sweat, tears and blood of a free press. The only reason that Buhari and those parasiting on democracy for survival are here today is because democratically minded individuals struggled against authoritarianism and the media amplified their voices on point of death. Nigerians made a clear choice – to have a democracy. One of the huge pillars of that democracy is a free press.

So, no to my colleagues on the Daily Trust Editorial Board. You overreached yourselves by breaking ranks with the Punch. You did not have to write an editorial excoriating the position of another newspaper on a regime that constantly heckles and harasses your reporters and threatens the survival of your profession and your business. With this dog-eat-dog editorial, you have only portrayed yourselves as pawns in a deathly game of riding the tiger. By aligning with a repressive and constantly repulsive regime as the Buhari junta is proving itself to be by its words and actions, you are alienating yourselves from the forces in favour of freedom of speech and association. That is the fulcrum of a true democracy that guarantees the survival of your business and the safety of your staff. There is nothing to gain but professional annihilation where a paper chooses to align with the forces of repression and autocracy.

Let’s hope this was a one-off mistake and that the Trust stable would retrace its tested foundation of resilience and stickler for principles and the creeds of true professionalism. A media that sells its conscience for a mess of porridge has nothing on trust and competence. Personally, I do not wish to keep working another day for a medium if it’s basis for existence is to live on the philosophy espoused in one of James Baldwin’s books – whose bread I eat, his song I sing. Certainly, conscience and national ideals must count for more than parochial or prebendal interests.

Asaju, a regular columnist for Daily Trust, contributed this piece from Ottawa, Canada.