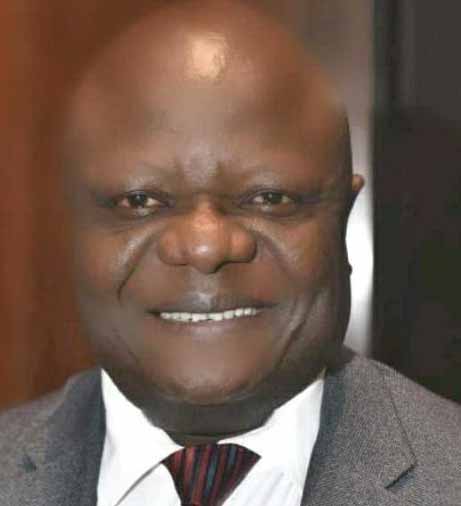 French Philosopher Jacques Derrida had a headstart in clarifying deconstruction. He sought to bridge possible gaps between text and meanings, locating where texts appropriately depict intended meanings, and where there were deviations. The quest for the real and the unreal, reveals information, useful for learnings, for understanding, misunderstandings and then for the deconstruction of words in communication.

Beyond Derrida however, the idea of deconstruction has since been literarily transported to other contexts, far beyond texts and their meanings, onto  objects, subject matters, and/or humans, such that focuses are better understood, for good or for ill, and like Derrida originally intended, for improved learnings. How more fitting can it therefore be, if President of the Senate, Ahmad Ibrahim Lawan is put on a stage for a deconstruction, following his academic and political paths, that has evened up to his present height, and especially at a time he marks three scores, and a year?

In the sojourn of life, legendary writer, William Shakespeare once reminded us, that “one man in his time plays many parts” This part might be noble, ignoble, private or public, but the part of perdition is often the lot of the perverted, while the part of perfection belongs to the noble minded.

In assuming the latter role, there will efforts for you to be understood, to be properly deconstructed, and it will come through sacrifices, sometimes pains, confirming basic assumption that building is much more problematic than destruction. Ahmad Lawan has opted for the noble part of statecraft, using it as a pedestal to play a part in the course of time, and hoping to leave a lasting legacy, through good ethics, consensus building, and forthrightness as tools.

This writer first encountered the scholarly senate president as a National Assembly correspondent, for The Guardian between 1999 and 2003. He was in the House of Representatives. He had just left the University of Maiduguri, holding a first rate doctorate degree in Remote Sensing and GIS, from the Ivy League British Post Graduate and Research based public university-the University of Cranfield.

In that House, he carried on with an especial candor, quietly deploying lofty thoughts to processes and procedures; in a manner that at once displayed a depth, majesty of understanding, and the elegance of humility. Lawan was measured, tempered but firm and focused. Through this, he signposted a future that would be notable, and somewhat charged himself with Sam Hagar’s words that “Every year on your (his) birthday, you (he’ll) get a chance to start new” Has he had his chances every year, or every other year since then? Has he been renewing himself from then on? Check and you will see a man with a considered determination to so do, despite the fluidity of politics.

Then let’s get back to Shakespeare. He once said,“Th’ abuse of greatness is when it disjoins remorse from power.” Shakespeare spoke through Brutus in the play, Julius Caesar. Brutus was concerned that making Caesar a king might spell doom for Rome. The fear probably came from a perception of Caesar as one who might abuse power, given its potency, continued in the latter day reflection of John Dalberg-Acton that “Power tends to corrupt, and absolute power corrupts absolutely” Ahmad Lawan might be in power, but he hardly sees power in his hands. The power around him is viewed as people’s power, through the instrumentality of his valued colleagues, for the delivery of set goals and priorities.

No doubt a victim of the sometimes controversial perception of the role of the legislature, he has been heard opening his spaces for inputs, in the typically epistemic route of the scholar. He is towing this path as ifsharing the sense in Barbara Kruger words “I’ve always thought that it’s good to watch the news to find out what everybody else is looking at and believing, if only because that’s how consensus is constructed”.

“Let us know if we are doing anything wrong”, Lawan once said, adding, “We are ready to learn” Learning to him is not just timeless, but boundless. For those in leadership positions, it should remain an exercise in progress. Through learning, there will be performance. And through performance, there will be progress. Progress would also come if there were consensus, not acrimony, or confrontation with peers, or structures in the democratic trinity. He takes this lane, trusting in the thoughts of another thinker, Ward Churchill that consensus, and homogeneity, is a pathway to truth. Truth is, in itself, a good foundation for development.

Was it not John McCain who said, “Our political differences, no matter how sharply they are debated, are really quite narrow in comparison to the remarkably durable national consensus on our founding convictions?” McCain had said it, believing in the power of consensus, because left or right, red or blue, black or brown, the overall goal is for an entity.

To that extent, Lawan subscribes to the consensual approach to the administration of political process, as far as principles and group interests are not sacrificed in the process.He trusts in the constitutional trivet of the Executive, the Legislature and the Judiciary, noting that while the arms are complementing each other, they might as well disagree, if only to bring about a better understanding. Disagreements should not however be seen as a virtue, but as a well-meaning step in the right direction. There might as well not be disagreements, if understanding is universal, as far as the good of the people is the priority. How is that?

What is more? He confident in the combined efforts of the public and private sectors in the growing of the nation’s economy, but holds the view that while the public sector should essentially be regulatory, the private should drive the initiative, stimulate commerce and industry, to trigger the necessary multipliers for growth and development.The President of the Senate is a believer in the Nigerian entity, holding on to the position that with proper leadership, the nation can hold its own in the comity of nations, and provide the inspiration for the achievement of the goals of sister African nations and the black race at large.

A devout Muslim, he always commits to the dictates of the Almighty Allah.  While doing so, he beliefs people are still bounded as humans, sharing a common drive, and purpose. Truth, honesty, and good neighborliness are features he projects and desires from people in every space of human existence and activity.

As head of the National Assembly, he hopes to lead with a great deal of sagacity, trusting in the direction of Allah. He will also lead against the background of the confidence of his colleagues, the vision he has to be upright, to lead by examples and to leave a legacy of achievement, worthy of emulation, by not just his associates in the Federal House of Representatives, but those in the State Houses of Assembly as well.

How has he fared thus far? US politician, Elizabeth Warren once said, “Voters want political leaders who are willing to break the partisan gridlock. They want fewer closed-door roadblocks and more public votes on legislation that could improve their lives” Lawan has been spot on with this, while also remaining loyal to his party.

And through this he has led the National Assembly to reverse the disjointed Budget circle, got many bills passed and poised to pass many more in no time, going by pronouncements and postures. Good job thus far, from this distinguished leader, who is marking his first birthday as President of the Nigerian Senate. More grease and a happy birthday to a leader with promise. Best!