Deji Adeyanju sent back to prison over fresh allegations 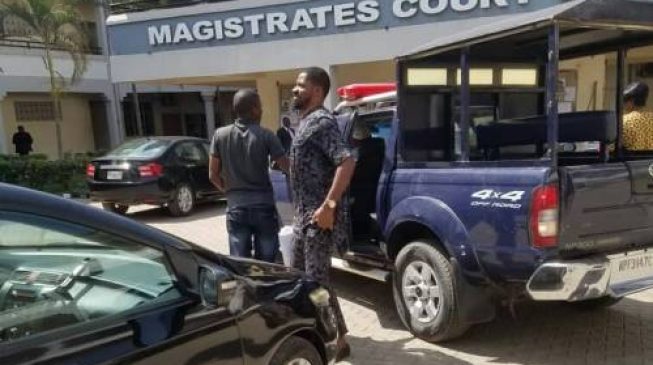 18:38 2018
Print This Article Share it With Friends
👤by Chinedu Asadu  0 Comments
Advertisement

Deji Adeyanju, a political activist and convener of Concerned Nigerians, has again been remanded in prison over allegations of incitement.

He was arraigned before a magistrate court in Abuja on Tuesday, a day after he was released from prison.

He was arraigned on fresh charges bothering on inciting public disturbance, criminal defamation and cyberstalking.

The arraignment followed a petition written against him by Tukur Buratai, chief of army staff.

TheCable had reported how Adeyanju was re-arrested on Monday shortly after he was released from Keffi prison in Nasarawa state where he had been remanded for “criminal defamation, disturbance of public peace, threat security and safety and inciting public disturbance”.

The activist was first picked alongside two others during a recent protest tagged: “Police Are Not Politicians, Save Our Democracy” in Abuja.

They were remanded in prison custody until Monday evening when they fulfilled their bail condition.

At the court sitting on Tuesday, an oral application was said to have been made for Adeyanju’s bail after the case was called up.

Idayat Akanni, a magistrate, ruled that he should be remanded in Keffi prison till December 6.

TWITTER @thecableng
Copyright 2020 TheCable. All rights reserved. This material, and other digital content on this website, may not be reproduced, published, broadcast, rewritten or redistributed in whole or in part without prior express written permission from TheCable.
Tags
bailcriminal defamationDeji AdeyanjuTukur Buratai
Advertisement