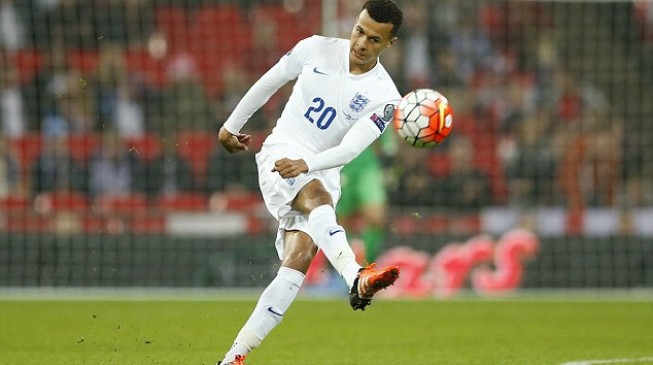 07:11 2017
Print This Article Share it With Friends
👤by News Agency  0 Comments
Advertisement

Spurs face Chelsea in the FA Cup semi-finals on Saturday and Lampard has no doubt that one of the keys to the game will be stopping the in-form Alli’s effectiveness.

“He has developed into a number 10, playing behind the main striker, rather than being a number eight and a more traditional midfielder who likes getting forward,” Lampard said.

“He is so clever with his movement and clinical with his finishing, so he had to be given that free rein.

“Alli is a highly intelligent player — the kind of number 10 we have been craving in England for years, and bemoaning the fact we have not got one. Now he has really arrived,” he added.

Alli has scored 16 goals in the English Premier League this season.

He has struck up a great understanding with forward, Harry Kane, who has 20 league goals so far.

Lampard, himself an attacking midfielder who scored 147 goals in 429 appearances for Chelsea, says that Alli’s movement is the key to his effectiveness and something he learned to develop.

“I’ve been watching Alli closely this season and he clearly has great technical ability — you can see that from his touch and from his finishing.

“The magic for me, though, is his movement to get into the box without being marked.

“If you watch him during games, he is always very aware of what is around him — his head is always moving and he is waiting for the right time to make his run.”

Lampard said he expects Chelsea’s threat to come from the outstanding Eden Hazard, despite a quiet game from the Belgian in the loss at Manchester United.

“For me, he is now moving into the very top bracket of players anywhere in the world,” said Lampard, who retired in February.

TWITTER @thecableng
Copyright 2020 TheCable. All rights reserved. This material, and other digital content on this website, may not be reproduced, published, broadcast, rewritten or redistributed in whole or in part without prior express written permission from TheCable.
Tags
ChelseaDele AlliFrank LampardTottenham Hotspurs
Advertisement

FULL TEXT: The dissenting judgment that gave hope to Uzodinma