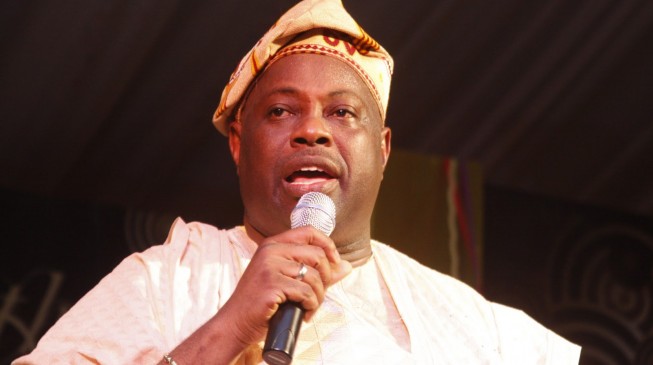 15:52 2018
Print This Article Share it With Friends
👤by Oluwatoyin Bayagbon  0 Comments
Advertisement

Dele Momodu, publisher of Ovation Magazine, will on July 10 launch three separate books to commemorate the 20th anniversary of MKO Abiola’s death and to also mark the 25th  anniversary of the annulled June 12, 1993 election.

The launch will place at the Nigerian Institute of International Affairs (NIIA) in Lagos.

The first two books are an expose on his journalistic works over the past three decades.

It tells “the untold story of Momodu presidential campaign”.

The foreword of PENDULUM Vol 1, which was written by Reuben Abati, veteran journalist, tells of the days Momodu was on “exile” in the United Kingdom under the rule of Sani Abacha.

“He had to flee Nigeria in 1996, when the rumours and charges became insistent that he was one of the brains behind Radio Freedom International (later Radio Kudirat), the pro-democracy, underground radio which continues to challenge the annulment of the Presidential elections of June 12 1993, and the detention of its undeclared winner, Bashorun M.K.O. Abiola,” an excerpt read.

Theophilus Danjuma, former minister of defence, Damola Aderemi, grandson of late Ooni of Ife  and Doyinsola Abiola, wife to the late Abiola also contributed to the writing of the remaining two books.

TWITTER @thecableng
Copyright 2020 TheCable. All rights reserved. This material, and other digital content on this website, may not be reproduced, published, broadcast, rewritten or redistributed in whole or in part without prior express written permission from TheCable.
Tags
book launchDele Momodumko abiolaPendulumsimon kolawole
Advertisement