Diezani: I never stole one kobo from oil money 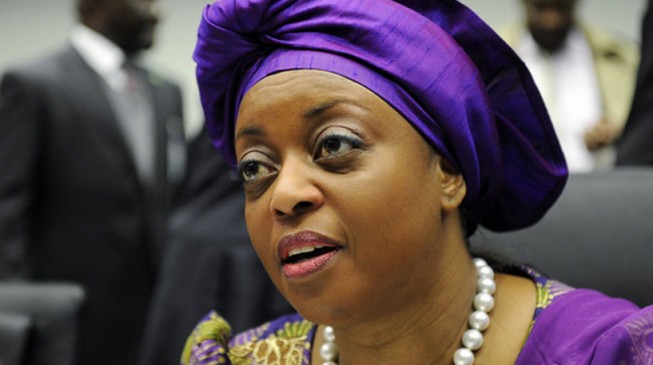 09:54 2015
Print This Article Share it With Friends
👤by TheCable  11 Comments
Advertisement

Diezani Alison-Madueke says she never stole as minister of petroleum resources, contrary to popular impression about her.

In an interview with THISDAY, she said she would go into her grave knowing that she never touched any money that belonged to Nigeria throughout her tenure.

There were several corruption allegations against her, notably the “missing” $20 billion oil money and deals entered into by the Nigerian Petroleum Development Company (NPDC), the exploration arm of the Nigerian National Petroleum Corporation (NNPC).

“And if NNPC misappropriated funds or so, they have the entire explanation and more forensic audit should be done to determine how and why. But people should not make damaging accusations which have nothing to do with an individual. At no point did I steal from the Nigerian state.

“In fact, the first mantra I had from the time I came in was that I will never touch anything that has to do with the Federation Account and I never did and I will take that to my grave. So I will suggest that this issue of $20 billion or $18 billion be dropped because that is the major problem I had with my job.

“I was accused of unsavoury things, but which were actually accusations against NNPC and the audit was deployed to clarify all these things. So let us deal with the issues. I have never gone around accusing people of doing this or that, I have always stuck with the issues even when I was the most abused minister, I was professional, I stuck to the issues and responded only to the issues.”

The former minister also denied allegations she spent N10 billion on jet charters and explained why she went to court to stop a probe by the house of representatives.

She said: “The reason that I went to court was simple. First of all, nobody can lease a jet for N10 billion over a period. You can buy three jets for N10 billion. So that was obviously a nonsensical argument and I did not lease any jet. The NNPC leases jets and NNPC leased those jets to the best of my knowledge because at that point in time, they had no official planes.

“As an oil and gas ministry, we have purview over everything and it was actually very wrong that we had to borrow planes from these multinationals whom we were supposed to oversight. So over the years, I am talking about over the last 15 or 20 years, NNPC had either owned, leased or borrowed, both jets and helicopters. That was the case when I came in.

“Yes, we had a very old jet which nobody was going to touch and another jet had just been bought by late Alhaji Lukman just before he left, a Hawker. Unfortunately, the moment it came, because it had been sitting unused for over a year it became a problem. In fact, NNPC was advised to sell it because it was a problematic model and had sat unused for a long period. They were advised to sell it, but they didn’t sell it. Then after a year of its purchase, it crash-landed in Osubi and we had to actually give it out for spare parts to the National Security Adviser’s office at the end of the day.

“It was during this period that they leased the private jets for executive movement and operations in general, which we also used, as had always been the case. In that respect, the reason for the leasing and the amount involved are all available and I am sure the NNPC would be willing to give that information to whoever wants to look at them for public records. So again, it was a fabrication that came out from nowhere and was thrown at us as if suddenly out of the blues and for the first time in history, the NNPC was leasing jets or helicopters.”

She said they were not for personal use but for “executive movement”.

“To be very honest, if they had never done that contract to lease the jet, we would have been hiring at a higher cost and which probably would have caused less of an issue. But to be frank, the lease that was put in place, to the best of my knowledge, was done with a company which even Shell and others have been using. So there was a known company with a very good track record and was being used in the industry by other multinationals,” she told the newspaper.

Along with Olikoye Ransome-Kuti, a professor and former minister of health, Alison-Madueke holds the record of the longest-serving minister in Nigeria’s history.

She was appointed minister of transportation (comprising works, aviation and railways) in 2007, moved to solid minerals in 2009 and took over petroleum resources in 2010 until 2015.