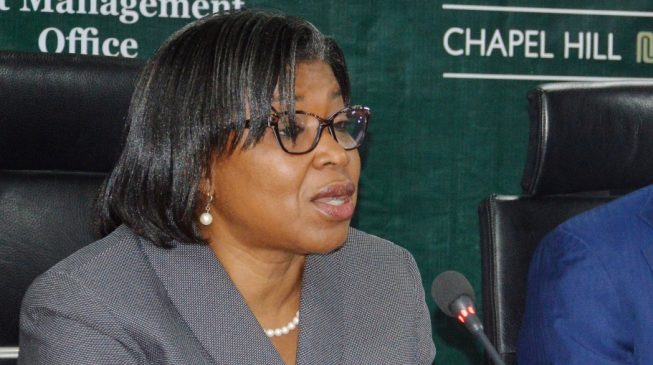 09:56 2019
Print This Article Share it With Friends
👤by Oluseyi Awojulugbe  0 Comments
Advertisement

The Debt Management Office (DMO) says the President Muhammadu Buhari-led administration inherited a debt of $63.81 billion when it came into power in 2015.

In a statement released on Monday, the debt agency said a claim by Obadiah Mailafiya, a former deputy governor of the Central Bank of Nigeria (CBN), that country’s total debt profile was $7 billion in 2015 is false.

“Contrary to the claim by Dr Obadiah Mailafiya, the total public debt stock as at June 30, 2015, (shortly after the current administration came into office), was $63.81 billion, and not $7.0 billion as claimed by Dr Obadiah.

It said the growth in public debt is guided by the economic recovery and growth plan (ERGP) and the medium-term debt management strategy, 2016– 2019.

“With the deployment of more funds into capital projects, the borrowings contributed to job creation and the recovery from the economic recession in June 2017,” it said.

“The introduction of project-tied financing products (Sukuk and Green Bonds) in the second half of 2017 as part of the new borrowing also supported infrastructural development.

“However, the government recognises that the ratio of its debt service to revenue is rather high, a situation that is directly attributable to Nigeria’s low revenues. This is clearly evident from the tax-to-GDP ratio of 6% in 2018. It is for this reason, that the FGN has developed and is implementing a number of strategies to enhance the government’s revenues significantly.”

It said the strategic revenue growth initiative introduced in January 2019 and the finance bill are some of the measures introduced by the government to improve revenue generation.