‘Do they think we are all dummies?’ — Oyedepo kicks against ‘social media bill’ 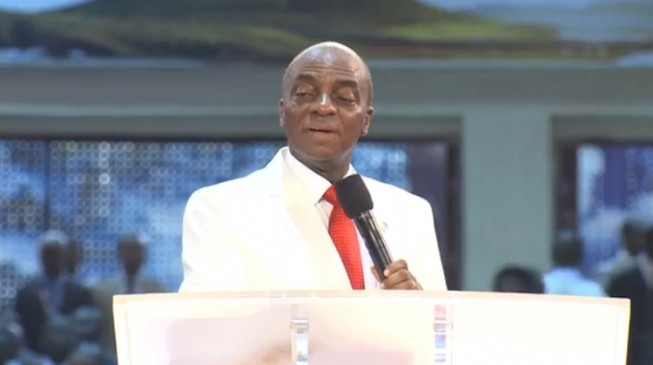 18:38 2019
Print This Article Share it With Friends
👤by Jamilah Nasir  0 Comments
Advertisement

Speaking at a programme in his church, Oyedepo said what is needed instead, is regulation of “hate act” which he says is worse.

The social media bill, which has scaled second reading at senate, has been condemned by many Nigerians as an attempt to clamp down on free speech.

“Can you imagine that? It is a stone age mentality. But I think we’re free from it now, but there is nothing wrong in trying to make attempt. Do they think we are all dummies?”

He said if a government is performing below expectation, it is the duty of the citizens to so say.

He asked the congregation if the government of President Muhammadu Buhari was doing well and they chorused “no”.

“What education do you have, where did you get it from that you want to bamboozle everybody?” he asked.

TWITTER @thecableng
Copyright 2020 TheCable. All rights reserved. This material, and other digital content on this website, may not be reproduced, published, broadcast, rewritten or redistributed in whole or in part without prior express written permission from TheCable.
Tags
Oyedeposocial media billstone age
Advertisement