Dogara: N’assembly not against Buhari — we’re only exercising our independence 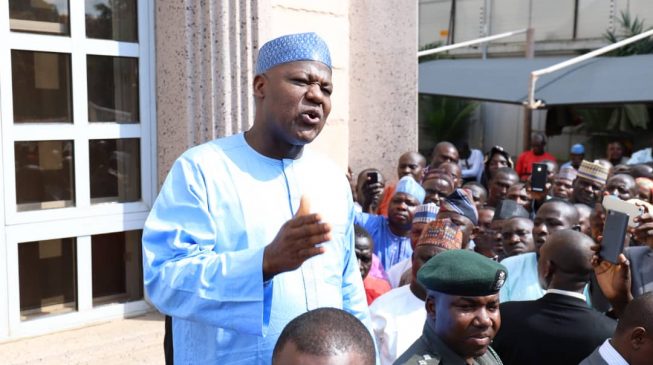 21:56 2019
Print This Article Share it With Friends
👤by News Agency  0 Comments
Advertisement

Yakubu Dogara, speaker, house of representatives, says the national assembly does not hate President Muhammadu Buhari but it is only exercising its independence.

Speaking on Saturday during a Peoples Democratic arty (PDP) event in Bauchi, he said: “None of us hates President Buhari and we are not against him, but we are only exercising our independence as contained in the constitution.

“We are all looking at the plight of our people, especially insurgency, poverty and other vices that have continued to bedevil the masses.

“You can see what is happening between American president and the legislature which is normal,” he said.

Dogara recalled that the national assembly, had sometime in 2018, initiated a bill for the autonomy of local government areas but regretted that it was aborted by state assemblies.

He emphasised that the autonomy would have diversified development to rural areas where majority of the people lived.

Dogara said Abdulkadir Muhammed, the PDP governorship candidate in Bauchi, would decentralise the local government system in the state even without the approval of the federal government.

TWITTER @thecableng
Copyright 2020 TheCable. All rights reserved. This material, and other digital content on this website, may not be reproduced, published, broadcast, rewritten or redistributed in whole or in part without prior express written permission from TheCable.
Tags
Borno assemblynational assemblyYakubu Dogara
Advertisement