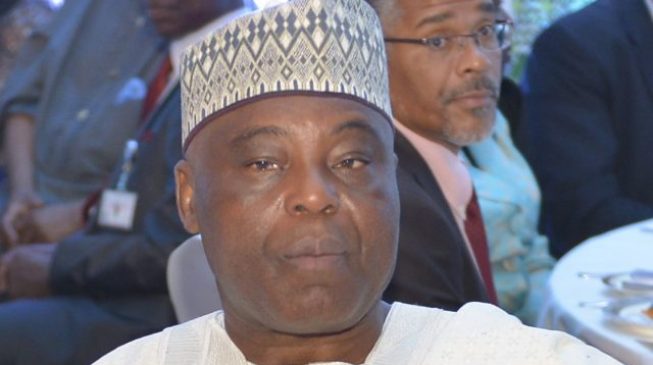 21:12 2019
Print This Article Share it With Friends
👤by News Agency  0 Comments
Advertisement

Raymond Dokpesi, the chairman of Daar Communications Plc, says he has suffered defamation and neglect since his name appeared on the looters’ list released by the ministry of information.

Speaking on Tuesday during cross-examination at the FCT high court in Apo, he said the ministry of information portrayed him as “a corrupt and crooked person, a dishonest man and a thief” at a press conference that held on March 30, 2018.

The media entrepreneur is seeking N5 billion compensation for damages from Lai Mohammed and Abubakar Malami, the ministers of information and justice respectively.

“The minister (Lai Mohammed) said I was a looter. The minister clearly in his statement stated that he is releasing the list of looters,” he said while answering questions from Damian Agbe, counsel for the defendants.

“The word ‘alleged’ was never used in his statement. I am in the media; I am a media proprietor.

“What is in the public domain is the fact that N2.1 billion was paid to an institution called Daar Investment and Holding Company Limited, operators of Africa Independent Television and Ray Power National Network FM. But not that I, Raymond Dokpesi looted the treasury.”

According to him, as a result of his being listed among treasury looters,  he no longer enjoyed the goodwill of his party, the Peoples Democratic Party (PDP).

He informed that the party recently released the lists of members of campaign councils for the forthcoming governorship elections in both Bayelsa and Kogi but he was rejected by the party.

“The list of members of campaign councils for Bayelsa and Kogi where I was rejected was released.

“Everybody is treating me like a plague. I was rejected. There are members of national campaign council of leaders nationwide and Raymond Dokpesi is conspicuously absent.”

He told the court that though he held no position in the opposition party, he was a stakeholder in the PDP.

Dokpesi also demanded a full retraction and apology to him in all major electronic and print media outlets in the country.

Olukayode Adeniyi, a justice of the FCT high court, adjourned the case till January 16, 2020, for defence.

TWITTER @thecableng
Copyright 2020 TheCable. All rights reserved. This material, and other digital content on this website, may not be reproduced, published, broadcast, rewritten or redistributed in whole or in part without prior express written permission from TheCable.
Tags
Abubakar MalamiLai MohammedLooters listRaymond Dokpesi
Advertisement