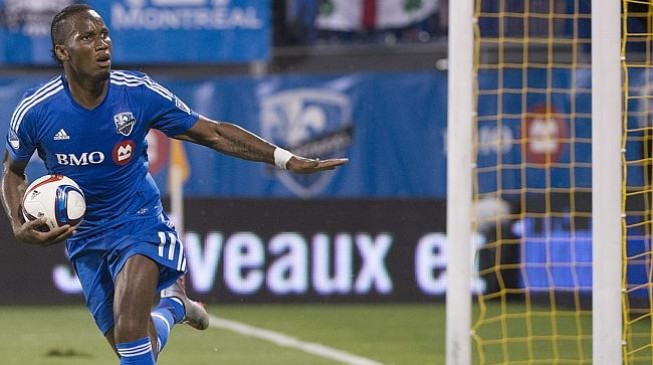 16:01 2015
Print This Article Share it With Friends
👤by Victor Akhidenor  0 Comments
Advertisement

The former Chelsea striker made his debut as a substitute in a defeat two weeks ago but on Saturday he scored one first-half goal, made it 3-3 on the hour and then headed the winner four minutes later.

The 37-year-old, who signed for Montreal in July after leaving Chelsea, is the first player to get a hat-trick within his opening two MLS matches.

TWITTER @thecableng
Copyright 2019 TheCable. All rights reserved. This material, and other digital content on this website, may not be reproduced, published, broadcast, rewritten or redistributed in whole or in part without prior express written permission from TheCable.
Tags
ChelseaChicago FireDidier DrogbaMLSMontreal Impact
Advertisement