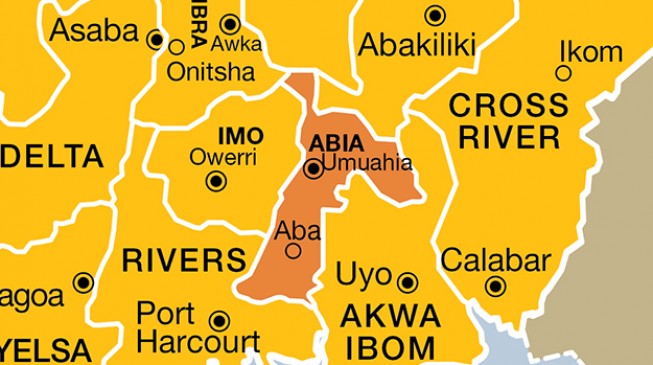 22:07 2016
Print This Article Share it With Friends
👤by TheCable  0 Comments
Advertisement

Aka Ikenga, an elite Igbo socio-cultural organisation, has flayed the Department of State Services for accusing the Indigenous People of Biafra (IPOB) of killing five Fulani men in Abia state.

On Sunday, the DSS blamed IPOB for the killing of the men, whom it said were buried in shallow graves.

But in a statement signed by Goddy Uwazuruike, Aka Ikenga’s president-general, on Tuesday, the group asked why the DSS had not condemned the atrocities allegedly committed by Fulani herdsmen across the country.

“Aka Ikenga has read the press release of Directorate of State Services on the death and burial of five Fulani men somewhere in Abia State,” it said.

“Aka Ikenga is puzzled at how the DSS came about some conclusions, the chief of which that they [the deceased] were Fulani people.  If the bodies are decomposing and no autopsy has been done, how can anybody describe the deceased as Fulani?  Is it by their wears?  Many Igbo people wear Hausa-Fulani clothes.

“Secondly, how did the DSS come to the conclusion that the Indigenous People of Biafra group was responsible for the death of those men? Or is it a speculation?

“Aka Ikenga questions the whole story as lacking in authenticity and depth. This is because without an autopsy, there is no way DSS can identify the victims.

“Aka Ikenga demands a public autopsy to be carried out by specialists from the Nigerian Medical Association, Abia State Branch,  the Federal Medical Centre, Umuahia, the Abia State Government, the Civil Society Groups and of course the DSS.  This was procedure adopted on M.K.O.

“On the culprits, Aka Ikenga states that a thorough investigation must be carried out to identify them. On the role of DSS, Aka Ikenga has noted with alarm the new toga of DSS.  The press release is a smoking gun in that it can incite other tribes against Ndigbo.  This is condemnable and must be denounced by all well-meaning people.

“Aka Ikenga has noted that the Fulani menace is nationwide and never for once has the DSS condemned the killing, maiming, rape, arson and destruction attributed to the Fulani Herdsmen.  Indeed, such activities like abduction of the elder statesman, Olu Falae, the Taraba killings, Agatu mayhem, do not merit the reaction of the DSS.

“Aka Ikenga commends the Abia State Government for issuing a rebuttal on this incident. Peace is an expensive commodity let us maintain it.”

TWITTER @thecableng
Copyright 2020 TheCable. All rights reserved. This material, and other digital content on this website, may not be reproduced, published, broadcast, rewritten or redistributed in whole or in part without prior express written permission from TheCable.
Tags
abia stateAka IkengaDSSfulaniIPOB
Advertisement