DSS: El-Zakzaky, Dasuki chose to be with us because we are taking care of them 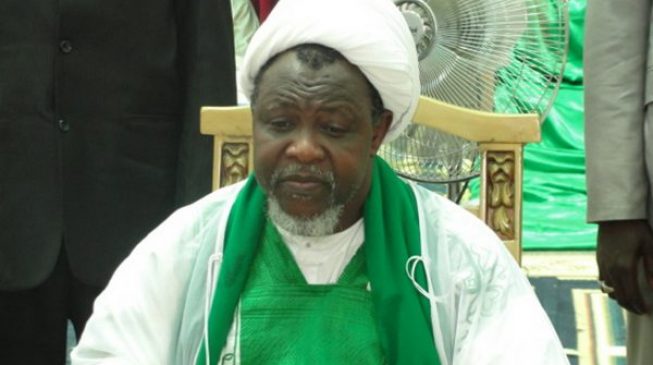 20:02 2019
Print This Article Share it With Friends
👤by Haleem Olatunji  1 Comment
Advertisement

The Department of State Services (DSS) says Ibraheem El-Zakzaky, leader of the Islamic Movement in Nigeria (IMN), Sambo Dasuki, former national security adviser (NSA), chose to remain in its custody because it is taking good care of them.

Peter Afunanya, DSS spokesman, said this while absolving the secret police from the illegal detention of some notable persons undergoing trials in court.

The agency has come under fire over the continued detention of Omoyele Sowore, convener of RevolutionNow Movement, despite two court orders for his release.

In a statement on Friday, Afunanya said Sowore, El-Zakzaky and Dasuki appealed to the court to remand them in its custody rather than send them to prison.

“There has been outcry about alleged illegal detention of some notable persons undergoing trials at the Courts and disobedience to Court Orders by the Service. To put the records straight, the Service wishes to advert public attention to the circumstances that warranted the custody of Col. Sambo Dasuki (rtd.) and Sheik Ibrahim El-Zakzaky in its facility,” the statement read.

“For the avoidance of doubt, the duo had appealed to the Courts to be left in the custody of the Service instead of being taken to the Correctional Centres. Well-meaning Nigerians are equally witnesses to the case of Omoleye Sowore, who, on a similar order of the Court, was to be remanded at the Kuje or Suleja Centre, but preferred to be kept at the DSS.

“Everyone, also, saw what eventually played out with El-Zakzaky, when he opted to be returned to the custody of the Service even as the Court had granted him leave to seek medical care in India. These were choices these personalities made on their own volition.”

Afunanya said the DSS has treated the men with “the best courtesies” as “they are allowed access to people and use of other facilities like telephones, gymnasium, TV, newspapers and medical facilities.”

He said the families of the detained persons bring them food of their choices everyday, adding that “there could not have been better treatments than these”.

“Against the wrong perception that the Service held these persons in defiance to Court Orders, it is obvious, by the above explanations, that they rather chose be looked after by the DSS. The reason for such choice is not farfetched. It is simply because the Service’s holding facilities are good and within acceptable international standards,” it read.

While Sowore was arrested in August, Dasuki and El-Zakzaky have been in detention since 2015.

TWITTER @thecableng
Copyright 2020 TheCable. All rights reserved. This material, and other digital content on this website, may not be reproduced, published, broadcast, rewritten or redistributed in whole or in part without prior express written permission from TheCable.
Tags
DSSIbrahim El-Zakzakyomoyele soworeSambo Dasuki
Advertisement