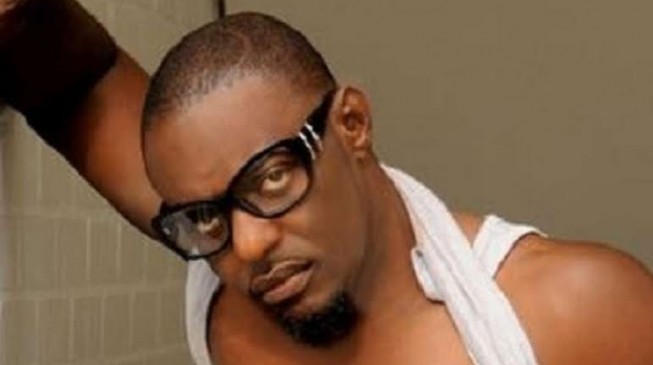 16:22 2014
Print This Article Share it With Friends
👤by Chinenye Okoye  0 Comments
Advertisement

The deadly and very contagious virus disease, Ebola, has been a source of worry to many, having killed nearly 700 people across the West African countries of Guinea, Liberia and Sierra Leone since February 2014.

Nigerian star actor, Jim Iyke, who was in Liberia for a business deal, is no exception; and he has now fled the Ebola-troubled country without completing his deals.

Who would blame him?

Of the 108 new cases of EVD in West Africa between July 21 and July 23, there were 25 new cases (resulting in two deaths) in Liberia, according to the World Health Organisation.

The actor revealed his fears on his Instagram account, posting a picture where he is seen wearing a face mask.

“Not ashamed to admit this [Ebola] scares the Jesus out of me.”

The Nollywood star later confirmed on Wednesday afternoon that was somewhere safe and serene.

Announcing his happiness with finally jetting out of Liberia, he shared a picture on his Instagram page, captioned: “Breakfast; somewhere serene. Glad to be away from all the madness. Thank you Lord 4 every time you hide me in your pavilion.”

Would anyone condemn Jim? Prevention, surely, is better than cure. And in the case of Ebola, there is —least for now — no cure!

TWITTER @thecableng
Copyright 2020 TheCable. All rights reserved. This material, and other digital content on this website, may not be reproduced, published, broadcast, rewritten or redistributed in whole or in part without prior express written permission from TheCable.
Tags
ebola virusJim IykeJim Iyke leaves LiberialiberiaNollywoodTheCable
Advertisement