Education: A pathway to exit the dubious record as world HQ of extreme poverty 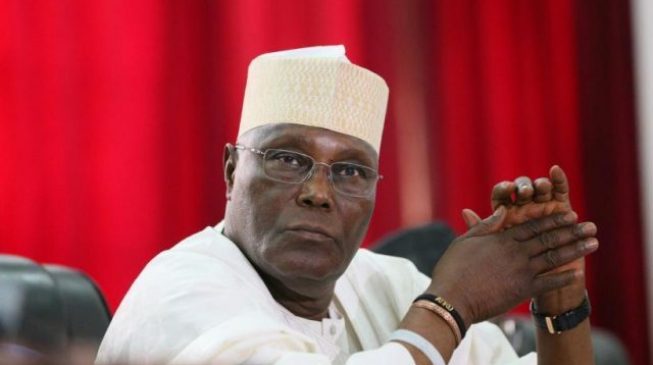 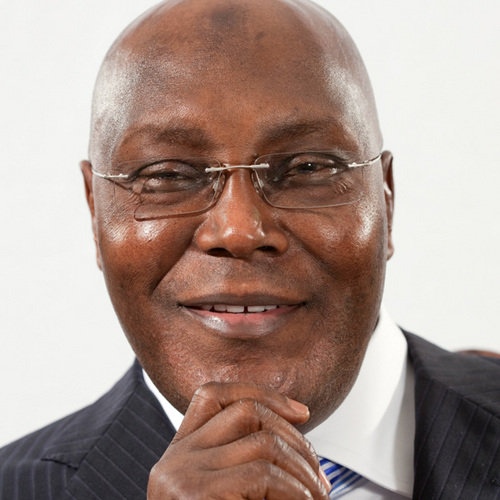 We cannot grow Nigeria if we do not invest in education. This is such a notorious fact that it is almost a cliché. When philosophers say that an investment in education yields the most interest, they were stating a truism for which we see ample evidence in Nigeria.

The reason why we have insecurity is because we have poverty, and the reason why we have poverty is because we have illiteracy. It is a cycle that we can only break by educating our people. For the past four years, our education budgets have demonstrated the fact that developing the minds of our people has not been our priority.

Two weeks ago, a friend of mine, Prof. Anya O. Anya, who just happens to be a former Chief Executive Officer, Nigeria Economic Summit Group (NESG), revealed that Nigeria has taken more loans in the last three years than she has taken in the 30-year period preceding 2016.

Now, how can we have such a monumental increase in borrowings vis-à-vis an unprecedented reduction in investments in education?

I am a businessman. Perhaps the first lesson one learns in business is that you do not take loans except it is to expand your business. There is no justification for taking out loans to pay salaries; meanwhile, you are not investing in your future generation.

Nigeria’s greatness is not as tied to her elders as it is tied to her youth. That is where our investments should be focused on.

Let me give some facts and figures on the linkages between education and crime and insecurity.

Scandinavia outspends every other part of the world in investing in education, with the Nordic nation of Denmark spending an average of 8% of its Gross Domestic Product on education. They are followed closely by Iceland, Sweden, Norway and Finland.

Now, is it a coincidence that in every survey of crime and insecurity released by the United Nations Office on Drug and Crime (UNODC) for 2018, these same nations and their region are listed as the safest parts of the world as well as the most crime-free states? I don’t think so. In fact, as someone who has invested heavily in education for decades, I know that this is not a coincidence.

Instead of doing many things and doing them poorly, what I am advocating for on this Founders Day of the American University of Nigeria, Yola, is that the Nigerian Federal Government and the federating units should rather focus on doing one or two things so that we can do them well.

Education is the principal thing. When we get this right, we will get Nigeria right. The easiest way, to make the most significant impact, in the shortest amount of time, is via education.

As proof, I cite the fact that 2014 represented the year Nigeria invested the most in education with a ₦493 billion allocation (then the equivalent of $3.3 billion) to education, representing 9.94% of the total budget.

The very next year, the trio of the World Bank, the World Economic Forum, and CNN Money rated Nigeria as the third fastest-growing economy in the world. Again, I ask, was that a coincidence?

If you think that it is, then how do you explain the fact that Nigeria slid into a recession the same year that our education budget began to drop from their pre-2015 levels? The total percentage of the budget allocated to education in 2014 was 9.94%, which dropped to 6.10% in 2016. It is as clear as night and day.

What did we do right in 2014 to get such a bounce in our economic growth? I have answered that question already. We increased our education budget, and for the first time, it got to almost double digits (9.94% of the entire budget).

What I propose is that the Federal, States, and Local Governments should consider a policy of allocating at least 10% of the total budget appropriations to the education sector. If insanity is doing the same thing and expect different results, it follows that the sane thing to do is that when you get a result that you like, you are challenged to repeat the process, and in fact, improve upon it, so that you can get the same or perhaps improved results.

And the results will come. The effects of education on the economy is not just that education improves the employability of people; it goes beyond that. There is documentary evidence from the Human Development Index that the United Nations publishes annually, that educated people are healthier.

Why am I saying these to you, graduates and undergraduates of the American University of Nigeria? I am an elder, and so are most of those now directing the affairs of Nigeria. If we are not able to make these changes, then you are challenged to make them, for yourselves and your children, and their children’s children.

Very sadly, we have bequeathed to your generation a Nigeria that is the world headquarters for extreme poverty. The only way we can turn that around is via education. The word coincidence keeps popping up today. Obviously, it cannot be any coincidence that we are also the global capital for out of school children, with approximately 13 million Nigerian children out of the formal education system.

If we can find a way to ensure that all Nigerian children leave school with at least basic reading and writing abilities, we would have found a way to end extreme poverty in Nigeria, which is why we must devote the bulk of our resources to education.

And all tiers of government must recognize that there would be more money available to the government, via an improved economy, which means improved taxation, if they invest in education. I have been in this business since the 1980s. For every Naira, you invest in educating a child, you add 5 Naira to his life earnings. Tell me which other investment can yield that type of return on investment?

And it should not just be the government. I have been spending some time in Germany because of the Saudi German Hospital investment I am attracting to Nigeria. One thing I found out in Germany is that private-sector corporations and manufacturers have their schools and institutes. Vocational education is so big in Germany and Japan that a lot of the German and Japanese labour force are vocationally educated by the industrial sector, rather than by the government or their parents or themselves.

The German government has cited the system, called the Dual VET system (Vocational Education and Training), as the key to their status as Europe’s dominant Industrial power.

Via the Dual VET, millions of German youths spend 50% of their educative time in vocational schools owned by German corporations and spend the other 50% working on the job.

As a matter of fact, more German youths (52%), pass through the Dual VET, than through the conventional education sector.

Why can’t we have this in Nigeria? We do not have enough access to education. That is why Nigerian parents spend $1 billion per annum educating their children abroad, with much of that amount going to Ghana.

With support from the government by way of tax incentives and part funding, Nigeria can ease her educational challenges by adopting the German Dual VET model. And it is a win-win for both government and the Organized Private Sector in that the educational boost will lead to an increase in highly skilled workers for the real sector, which will boost the economy and reduce unemployment.

I want to see an MTN Academy for Telecommunications Studies, an Access Bank School of Business and Banking Studies, a Dangote Institute for Agriculture and Engineering and an Innoson School of Automotive Studies.

Think of the impact such institutions will have. They will ease the burden on our public institutions and will enable artisans and technicians get the certification they need to transit from being low skilled workers to medium to highly skilled specialized semi-professionals.

The differences in the growth trajectory between Sub-Saharan Africa and Southeast Asia is traceable to the educational disparity between the two regions. In the 1960s, Southeast Asia was on par with us. But they left us behind as they made inroads into educating their people. We do not have to reinvent the wheel. We only have to blaze the same trail.

That is why Aristotle said, “Those who educate children well are more to be honored than parents, for these only gave life, those the art of living well.” If anyone government wants to have the honour and moral authority, they must educate the nation’s youth.

Nigeria’s challenges require critical thinking and disciplined implementation of innovative ideas. We owe that to our youth and the African continent.

We are the largest Black nation on Earth, and it is our destiny to be a beacon of hope in Africa and to the Black Diaspora. And the only way we can fulfil our potential and live up to our boast of being the Giant of Africa is by educating our people and unleashing their creative geniuses.

I thank you all for listening to me. And I charge you, the distinguished and noble scholars of the American University of Nigeria, Yola, to go into the world and bring these ideas into reality. Change the face of Nigeria and the world for good. Reach for the stars and when you get there, send down a ladder to take your fellow countrymen and women up with you. You can do it. I, Atiku Abubakar, assure you that you can.

Thank you once again, and may God bless you all.

Abubakar, former vice-president of Nigeria, delivered this speech at the 14th Founder’s Day of the American University of Nigeria Yola, on November 30, 2019.