EFCC on Abati: We shall keep Nigerians posted 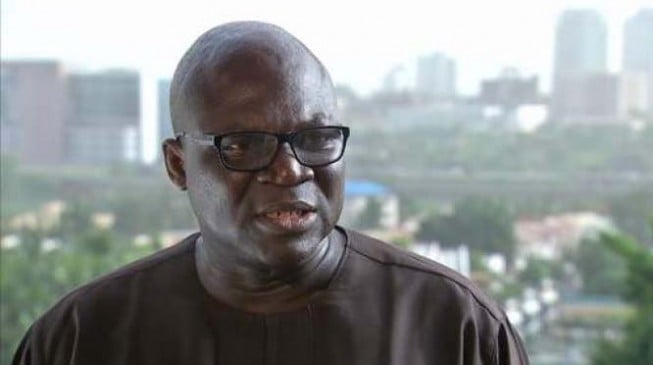 01:21 2016
Print This Article Share it With Friends
👤by TheCable  0 Comments
Advertisement

The Economic and Financial Crimes Commission (EFCC) says it will update Nigerians on developments concerning Reuben Abati, former spokesman to ex-President Goodluck Jonathan, who is currently in its custody.

The anti-graft agency said the brilliant journalist had been cooperating with it.

EFCC also dismissed the reports that he was arrested, saying Abati honoured its invitation.

“Former Special Adviser to ex-President Goodluck Jonathan on Media and Publicity, Dr Reuben Abati, on Monday, honoured an invitation by the EFCC at the agency’s headquarters in Abuja,” the commission wrote on Facebook.

“He is currently presently telling operatives of the commission his role in the alleged mismanagement of the nation’s resources through his office.

“We shall keep you posted.”

Abati is not the only member of Jonathan’s government in custody at the moment.

Bala Mohammed, the immediate past minister of the federal capital territory (FCT); Musiliu Obanikoro, former minister of state for defence; and Femi Fani-Kayode,  former spokesman of Jonathan’s campaign have all been detained by the commission.

The EFCC is alleging that they were beneficiaries of money misappropriated by Sambo Dasuki, former national security adviser (NSA).

But Jonathan has defended Dasuki, saying allegations of corruption against his government were blown out of proportion.

TWITTER @thecableng
Copyright 2020 TheCable. All rights reserved. This material, and other digital content on this website, may not be reproduced, published, broadcast, rewritten or redistributed in whole or in part without prior express written permission from TheCable.
Tags
EFCCGoodluck Jonathanreuben abatiSambo Dasuki
Advertisement