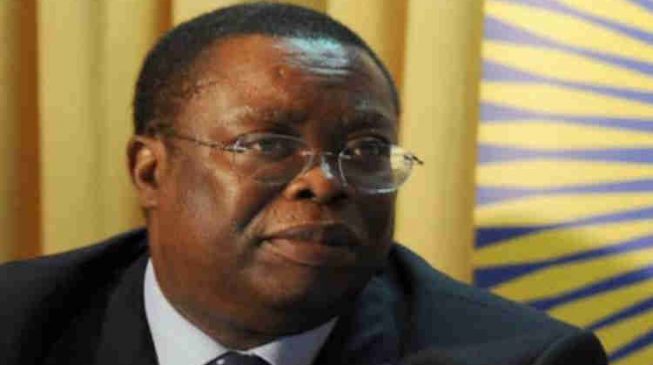 20:36 2019
Print This Article Share it With Friends
👤by Ebunoluwa Olafusi  0 Comments
Advertisement

The duo were declared wanted on Sunday.

Oke and his wife are facing a four-count charge bordering on money laundering offence to the tune of N13 billion.

The EFCC had filed the charges against them in connection with the $43 million, £27,000 and N23 million discovered in an apartment in Ikoyi, Lagos, in April 2017.

The NIA had claimed ownership of the funds, saying they were part of “covert intelligence operations” but there was public outcry that it was a case of looting.

In February, a federal high court in Lagos had issued a bench warrant for the arrest of Ayodele and his wife after they failed to appear before it for arraignment.

Chukwujekwu Aneke, the judge, had directed that the duo be arrested anywhere they are sighted across the world.

“I have carefully considered the oral application for the arrest of the person mentioned herein, and I am convinced beyond reasonable doubt that the said application is meritorious,” Aneke held.

“Accordingly the application is hereby granted as prayed. It is hereby ordered that Ambassador Ayedele Oke and wife, Folasade Oke, should be arrested anywhere they are been sighted in the world.”

One of the counts reads: “That you, Amb. Ayodele Oke and Mrs. Folasade Ayodele Oke between 25th day of August 2015 and 2nd day of September 2015 in Lagos, with in the jurisdiction of this court directly converted $160,777,136.85 property of the Federal Government of Nigeria to your own use which sum you reasonably ought to have known formed part of proceeds of an unlawful act to wit: criminal breach of trust and you thereby committed an offence contrary to Section 15 (2) (d) of the Money Laundering (Prohibition) (Amendment) Act 2012 and punishable under Section 15(3) of the same Act”.

Shortly after it was announced that the EFCC had charged Oke and his wife, a source told TheCable that the couple had left the country for an European country for “medical reasons.”

TWITTER @thecableng
Copyright 2020 TheCable. All rights reserved. This material, and other digital content on this website, may not be reproduced, published, broadcast, rewritten or redistributed in whole or in part without prior express written permission from TheCable.
Tags
Ayodele OkeEFCCmoney launderingNIA
Advertisement