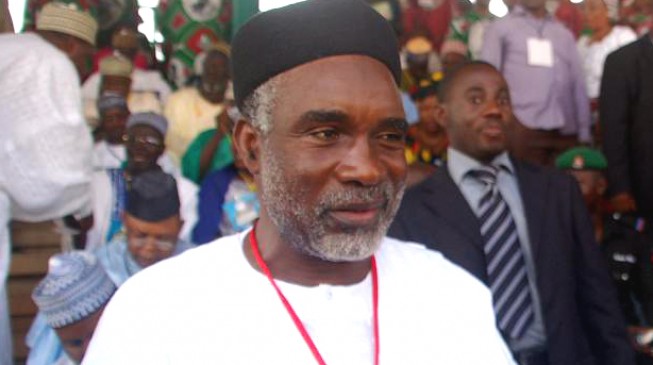 16:53 2015
Print This Article Share it With Friends
👤by Taiwo George  0 Comments
Advertisement

Wilson Uwujaren, the spokesman of the commission, announced this in a statement issued on Wednesday.

“The duo of Murtala Nyako, former governor of Adamawa state and Abdul Aziz Murtala Nyako, are wanted by the Economic and Financial Crimes Commission (EFCC) in connection with a case of criminal conspiracy, stealing, abuse of office and money laundering,”the statement read.

“The former governor and his accomplice, failed to honour invitations by the Commission.”

Nyako and his son both served in the Nigerian navy before venturing into politics.

In June, EFCC froze the bank accounts of Adamawa “in order to prevent the looting of the state treasury”.

The EFCC had said that it was investigating petitions of alleged looting by Nyako and his cronies through a project titled: Special Programme and Project Units (SPPU).

The commission had initially declared him wanted for failing to honour its invitation shortly after he was impeached in July.

Nyako has gone into political oblivion since his exit from office.

TWITTER @thecableng
Copyright 2020 TheCable. All rights reserved. This material, and other digital content on this website, may not be reproduced, published, broadcast, rewritten or redistributed in whole or in part without prior express written permission from TheCable.
Tags
AdamawaEFCCMurtala NyakoWilson Uwajaren
Advertisement