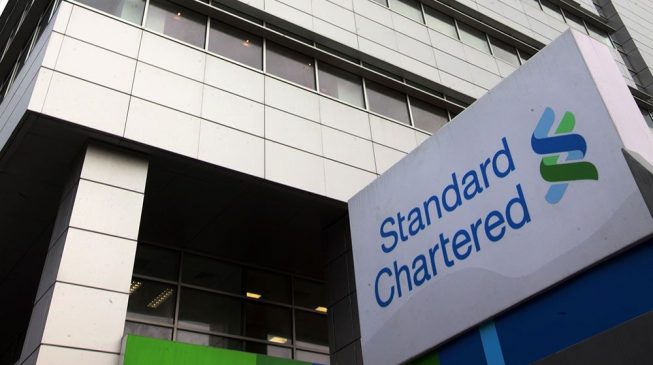 16:30 2018
Print This Article Share it With Friends
👤by Oluwatoyin Bayagbon  0 Comments
Advertisement

Officials of the Economic and Financial Crimes Commission (EFCC) stormed the headquarters of Standard Chartered Bank in Lagos on Friday.

A source at the bank confirmed this to TheCable, saying some customers were escorted out of the premises located at Ahmadu Bello Way, Victoria Island, during the operation.

Olasupo Shasore, former commissioner for justice in Lagos, said EFCC operatives were at the bank to arrest Bola Adesola, managing director of the bank.

Shasore announced this in tweets, saying the private sector “is under siege”.

But Wilson Uwajaren, spokesman of the EFCC, said there was no attempt to arrest Adesola.

He also denied that the agency was involved in the raid.

“I don’t think people should be dwelling on speculations, because nothing of that sort happened,” he told TheCable.

Shasore, who is also a senior advocate of Nigeria (SAN), later tweeted that the bank MD was not arrested.

“Yes I have confirmed she wasn’t arrested,” he replied a twitter user.

Yes I have confirmed she wasn't arrested

Commenting on the operation, Standard Chartered Bank said the agency had no basis to enter its premises.

“We can confirm that law enforcement officials entered our head office building on 14th September 2018,” the bank said in a statement.

“We are clear there was no basis for this entry, and the law enforcement officials left the building shortly afterwards.”

On August 29, the Central Bank of Nigeria (CBN) indicted Standard Chartered alongside three other banks for allegedly issuing irregular certificates of capital importation (CCIs) on behalf of some offshore investors of MTN Nigeria Communications Limited.

The bank received the highest fine of N2.4 billion but defended its action, insisting that no offence was committed.

In an email sent to TheCable, Dayo Aderugbo, head, corporate affairs, brand and marketing, Standard Chartered Bank, said the institution did not enter into any illegal deal with MTN.

TWITTER @thecableng
Copyright 2019 TheCable. All rights reserved. This material, and other digital content on this website, may not be reproduced, published, broadcast, rewritten or redistributed in whole or in part without prior express written permission from TheCable.
Tags
cbn fineEFCColasupo shasoreStandard Chartered BankWilson Uwajaren
Advertisement