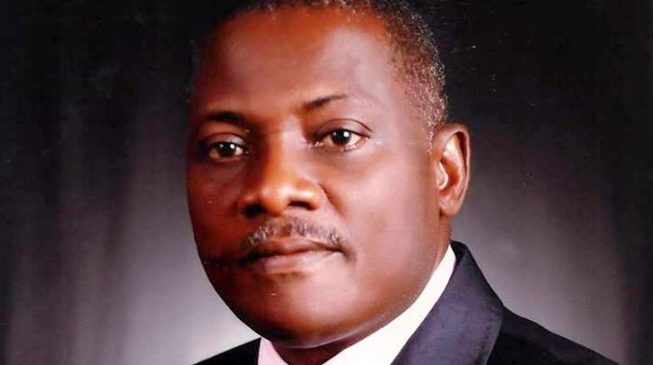 21:45 2018
Print This Article Share it With Friends
👤by Chinedu Asadu  0 Comments
Advertisement

Wilson Uwujaren, EFCC spokesman, made this known on Wednesday after Olusola Williams, a judge of the special offences court in Ikeja, Lagos, struck out the commission’s case against Chukwuma.

The judge struck out the case after the EFCC failed to produce the industrialist in court to face trial.

The defendants were alleged to have conspired to obtain, by false pretences, containers of motorcycles, spare parts and raw materials, property of Guaranty Trust Bank, from Mitsui OSK Lines Limited, Apapa, Lagos.

They were also alleged to have fraudulently induced staff of Mitsui OSK and Maersk Line to deliver to them, via their clearing agents, the goods that were imported from China in the name of GTB by falsely pretending that they were authorised by the bank to clear the goods.

But Chukwuma has not been in court since the suit was instituted against him and his company. This is despite being declared wanted on May 23.

At the sitting, Chukwuma, through his counsel J.N Mbadugha, said a similar case had been filed against all the defendants at a federal high court in Lagos, by the attorney-general of the federation.

He added that the EFCC commenced the new charge (being dismissed) and “never served any of the parties but we saw a media publication that the EFCC had filed a charge in respect of the matter at Lagos High Court.”

“We are bound by the court’s record. We heard of this charge through media publications and as a result decided to check and upon discovery that it is true we filed a preliminary objection,” he said.

Dismissing the case, the judge said it was the responsibility of the EFCC to produce the industrialist in court.

According to him, “this court is not an investigator or a prosecutor. This court cannot waste precious judicial time prosecuting a matter that is going nowhere.”

TWITTER @thecableng
Copyright 2020 TheCable. All rights reserved. This material, and other digital content on this website, may not be reproduced, published, broadcast, rewritten or redistributed in whole or in part without prior express written permission from TheCable.
Tags
EFCCInnocent ChukwumaInnoson
Advertisement