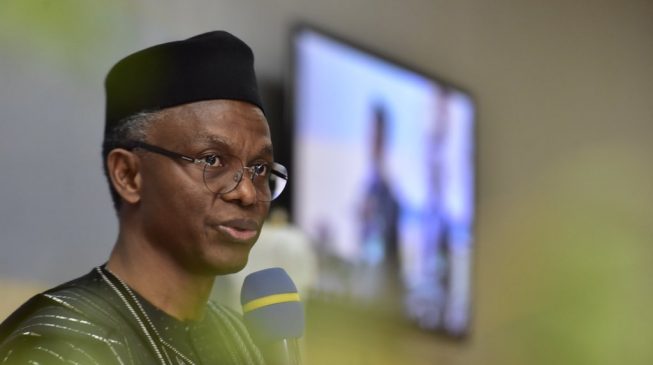 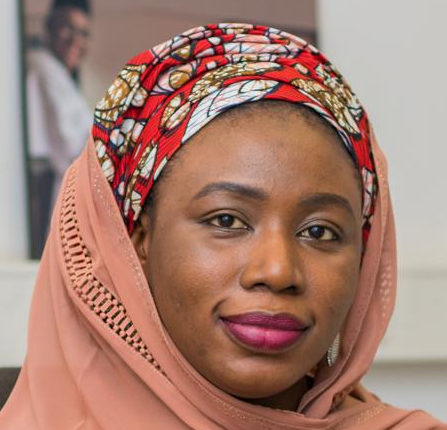 In the run up to the 2015 election, his opponents called him “Mai Rusau” and roughly, this term translates to “the demolisher”. On the other hand, Malam Nasir el-Rufai’s supporters gave it a positive spin. According to them, the APC gubernatorial candidate was out to “demolition” injustice, corruption and bad governance. El-Rufai won the election and the nick name has stuck. After more than one year in office, Governor el-Rufai has reformed the civil service, the education and health sectors in the first term of office. Now, his focus is on building infrastructure in Kaduna state.

Massive investments in infrastructure and outstanding policies to maintain and sustain them are what set societies apart in terms of development. In Nigeria, two places that come in mind, in terms of infrastructural development are Abuja, the Federal Capital Territory and Lagos state. Their expansive road networks, modernized building structures, availability of relaxation spots, quality schools, advanced and accessible healthcare facilities and tourist attractions are what stand them out from the rest states.

Indeed, these have been lacking in Kaduna State for several years. With its population currently approaching 10 million people, of which 4 million are currently living in Kaduna metropolis, there is the need to upgrade the over stretched and decayed infrastructure. Mores so that projections predict that by 2050, the population will rise to 12.96 million based on a 3.18% growth rate, with about 7 to 8 million people living in the state’s urban settlements. In order to accommodate this growing population and to make Kaduna state the true capital of northern region that it was, Governor Nasir El Rufai had launched an ambitious Urban Renewal Project in June last year.

Significantly, the project comprises road expansion and maintenance, housing and improved land use, as well as mass transit, parks and recreational centres. In addition, market and neighborhood centres, which adhere strictly to the 1967 Max Locke Master Plan of Kaduna, will be part of the first phase of the project. According to the governor, the Urban renewal project will start in Kaduna and subsequently, it will extend to Kafanchan and Zaria, the two other major towns in the state.

In Kaduna metropolis, seven new roads totalling 23.7km have been identified, that will significantly open the city with a multiplier effect on housing, businesses, unity and social development. One of such new roads that stands out is the Kabala Costain – Aliyu Makama road in Barnawa. According to the renewal plan, the 1.4km road which will start from the Police College Roundabout at Independence Way, will cut through Kabala Costain and cross river Kaduna. At this point, a bridge of 230mm will be constructed and it will link Kaduna North local government area with Aliyu Makama road, which is located at Barnawa, a sprawling settlement in Kaduna South area council. Specifically, this link road will reduce the volume of traffic across the Stadium roundabout – Station Market main road artery. Over the years, residents in Kaduna have had to bear with the constant time-consuming traffic hold up on the historic river Kaduna bridge, especially during rush hours, as people move to and from their places of work. The completion of this new road and bridge will provide an alternative route for residents, reducing time travel and the traffic burden on the former bridge.

Another road that will greatly improve traffic flow in the state when completed, is the Rabah road by Arewa House, to the Rigasa Train station road. According to the Kaduna Urban Renewal Project plan, the new road will start from the Arewa House junction and pass through Unguwan Kanawa, before linking Nnamdi Azikiwe express way. In addition, the road will continue through the National Eye Centre resettlement layout, to connect with Rigasa train station. Likewise, there will be a flyover at Arewa House junction, which will pass over the rail line to Unguwan Kanawa. Similarly, there will be an underpass, which will start at the edge of the golf course of the old site of the Nigerian Defence Academy(NDA), go beneath Nnamdi Azikiwe Express Way, linking to the other side of the road in Eye Centre. Similarly, a new road linking Millennium city to Yakowa way has been pencilled down for construction. This road, which will be called Urban Shelter road, will save commuters from having to return to Unguwan Rimi, before going to and from the two roads. It will be a direct link for residents of Kamazo, Karji, Jan Ruwa and Unguwan Maigero to Millennium city.

Apart from the new roads, some existing roads have been earmarked for dualization or improvement due to their strategic nature. For example, Katuru road which links Isa kaita to Rabah road has been completed. Also, Alkali road which stretches from Ali Akilu way to Race course, is almost at completion stage and has been open to road users. Other roads currently undergoing dualization include Waff road, starting from NEPA round about, to Essence/Sultan road junction. Also, Yakubu Gowon way from Leventist roundabout to Barau Dikko Hospital, to link Waff road is being cleared for dualisation. Likewise, Aliyu Makama road in Barnawa, Poly road from Government House roundabout to Dutsenma road, through Kasuwan Barci, are on the card. On the other hand, the UNTL-Flour Mill-Nassarawa road to Western bypass, will be a 4km single lane with asphalt.

Worthy of mention also, is the plan to re-work the Kawo bridge to a double 3-lane flyover, complete with three rotaries (roundabouts) underneath. The bridge will also be extended in length, to begin from Hayin Banki and end at the gate of the 1 Mechanised Division. Right now, alternate roads are being created to ease traffic when work begins in earnest.

Beyond road construction, the Urban renewal will provide leisure and entertainment for the people of Kaduna state. For example, the historical Gen Hassan Usman Katsina Park is undergoing total reconstruction to give it a befitting historical status. Specifically, the park will house a movie theatre, a game arcade and the zoo which will be stocked with more animals. There will also be a Go-Kart track as well as three different water parks, one of which has been completed and open to residents. Construction of the Centenary Park, named in commemoration of 100 years of Kaduna town, has reached an advanced stage. Indeed, it was the venue for the first ever Kaduna count-down celebration, a display of fireworks, heralding the new year. Upon completion, the park will house a Go-Kart track, two football 5-aside pitches, an event centre and an amusement park for kids.

Similarly, the Urban Renewal Project is aimed at boosting economic activities. Right now, the Galaxy Mall is being constructed along Waff road and already, it has attracted investors like Shoprite and leading cinema operators like Silverbird. According to the timeline, it will be completed in December 2020. In addition, the Kaduna Markets Development Company is constructing regular markets and rehabilitating old ones across the state. The Kasuwan Magani Market in Kajuru local government area is one of such new markets, which is both aimed at building the local economy and peace in the area. Similarly, the poorly planned and over-crowded Sabon-Gari market in Zaria, according to the renewal plan, will be reconstructed, complete with modern facilities and safety standards.

In the same vein, Murtala Square Complex has been shut down for total upgrade and rehabilitation. The popular square which has been a place for recreation and sporting activities, shall be upgraded to modern standards in line with the needs of the people. Likewise, the multipurpose indoor sporting arena is also being renovated. Barring any hitch, it will be ready by next month.

Ultimately, the benefits of these urban renewal projects to the people of Kaduna are immeasurable. Apart from upgrading needed infrastructure for future growth, the urban revival will also create jobs. In the long run, it will establish an enabling environment for economic growth, improved value of property and increased IGR. Significantly, the task of turning Kaduna State from its static and outdated self, to a progressive modernized place, is a daunting one. However, Governor Nasir El-Rufa’i has taken the bull by the horns as the state has become one huge construction site. By next year, when most of the projects must have been completed, Kaduna state will be wearing a new look, the first time it will do so since the 1960s, when it served as the capital of northern region.

Nabilah is a special assistant on media and communication in Kaduna state government.