Elisha Abbo is a ‘bad example’ to young people 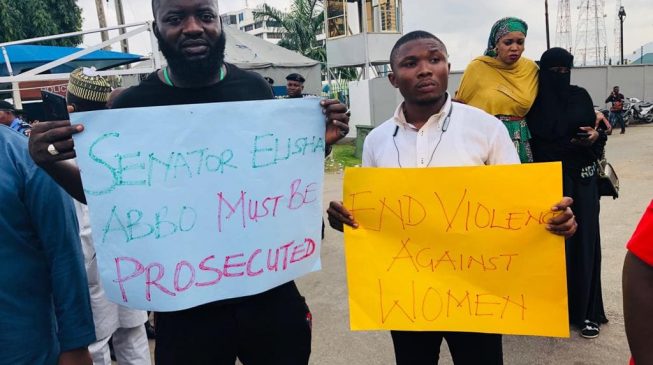 02:19 2019
Print This Article Share it With Friends
👤by Taiwo Adebulu  0 Comments
Advertisement

In a statement on Wednesday, Abdulwaheed Odunuga, its state coordinator, and Adekunle Aderibigbe, secretary, the organisation expressed displeasure over the lawmaker’s action.

Abbo has been under fire since a video where he was seen hitting an attendant at a shop in Abuja went viral.

Following massive outrage, the senate set up a committee to probe him while Mohammed Adamu, inspector general of police, ordered that he should be investigated.

“With the assault being an embarrassment to humanity for not upholding morals, Abbo should be investigated,” the organisation said.

“If he should be spared, then he would have laid bad precedence for the current serving #NotTooYoungToLead leaders and those proposing. The abusive use of public office must be addressed with this issue to set the tone right for others.

“Those entrusted with public offices should always remember that they were elected or appointed there to serve and not to use the power to intimidate us.”

The youth organisation cautioned against excessive use of power by lawmakers and other public officers to address personal concerns and dealings.

TWITTER @thecableng
Copyright 2020 TheCable. All rights reserved. This material, and other digital content on this website, may not be reproduced, published, broadcast, rewritten or redistributed in whole or in part without prior express written permission from TheCable.
Tags
Abbo ElishaassaultBuhari Youth Organisation (BYO)lagos
Advertisement