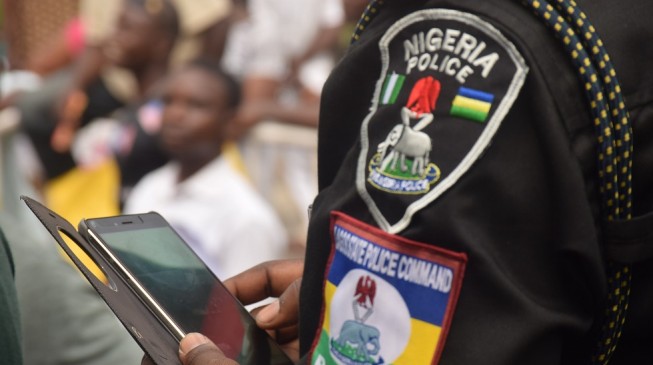 19:50 2017
Print This Article Share it With Friends
👤by News Agency  1 Comment
Advertisement

The Enugu state police command has arrested Ginika Obi, a bishop, for allegedly defrauding members of the public of over N500 million.

Ebere Amaraizu, spokesman of the police command in the state, said this in a statement on Monday in Enugu.

Amaraizu said Obi, who is in-charge of the City of Liberation and Comfort ministry in Enugu, had been trailed by police operatives for three months.

“Bishop Ginika Obi in-charge of City of Liberation and Comfort Ministry is now helping police operatives of the Commissioner of Police Enugu Monitoring Unit following his arrest over the weekend in a Hotel in Enugu where he has been taking refuge,” he said.

“Before now, the suspect who hailed from Umuaku in Uli community of Ihiala Local Government Area in Anambra was also in-charge of an alleged financial Non-Governmental Organisation (NGO) known as `Build Your Generational Organisation’ where his victims are made to invest with a hope of reaping a bumper financial dividend.

“It was gathered that his victims are numerous and with various degrees of complaints of huge amount of money swindled from them without anything to show for it.

“The suspect on noticing that police are on his trail based on complaints of alleged swindling of some suspected members of the public to the tune of N500 million with his wife and some of his eight alleged pastors, disappeared for months.

“The bishop, however, left his wife in Enugu Prisons custody over the matter.

“During his disappearance from Enugu, preliminary investigations revealed that he escaped and relocated to Asaba in Delta to avoid being nabbed by police operatives for months.

“It was further gathered that luck ran out of the suspect over the weekend as he was trailed based on intelligence information to a hotel at Amaechi Road off Agbani Road in Enugu where police operatives acting on a tip-off nabbed him.”

Amaraizu said the bishop had also revealed during preliminary investigations that he never knew that his alleged financial NGO would “turn out in this way”.

“The suspect (bishop) disclosed that the amount he defrauded was not up to the sum of N500 million but N186 million, while regretting his action,” the police spokesman said.

Some of the suspect’s victims were listed as Blessing Edekin a widow, Nnenna Okonkwo and Chidiebere Okolo.

Danmallam Mohammed, commissioner of police in the state, had directed a full scale investigation into the alleged nefarious activities of the cleric.

TWITTER @thecableng
Copyright 2020 TheCable. All rights reserved. This material, and other digital content on this website, may not be reproduced, published, broadcast, rewritten or redistributed in whole or in part without prior express written permission from TheCable.
Tags
bishopenuguGinika ObiPolice
Advertisement