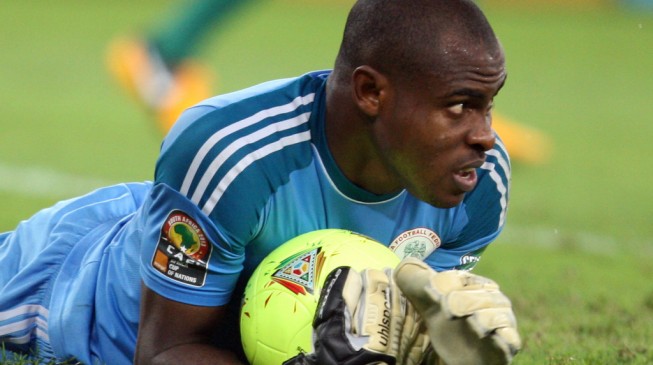 11:21 2016
Print This Article Share it With Friends
👤by Remi Sulola  0 Comments
Advertisement

Vincent Enyeama, former Super Eagles goalkeeper, has made the list of top 10 goalkeepers in the world.

Enyeama is the sixth on the list, compiled by Swiss-based CIES football observatory, ahead of the likes of David De Gea of Manchester United, Petr Cech of Arsenal and Joe Hart of Manchester City.

also behind Enyeama are Hugo Lloris of Tottenham, Alphonse Areola of Villareal, Keylor Navas of Real Madrid and Pepe Reina of Napoli.

But ahead of the Lille FC goalkeeper are Manuel Neuer of Bayern Munich, Jan Oblak of Athletico Madrid, Gianluigi Buffon of Juventus, Kevin Trapp of PSG and Claudio Bravo of Barcelona.

At the 2013 Africa Cup of Nations, Enyeama deputised for regular captain Joswph Yobo, who stayed on the bench for most of the competition. He led Nigeria to its third continental victory, keeping a clean sheet in a 1-0 defeat of Burkina Faso in the final.

He was named on the team of the tournament as first choice goalkeeper, having conceded only four goals in six matches.

Enyeama was named in Nigeria’s squad for the 2014 FIFA World Cup, a tournament Nigerians will continue to remember for his series of saves against Lionel Messi in the encounter against Argentina at the group phase.